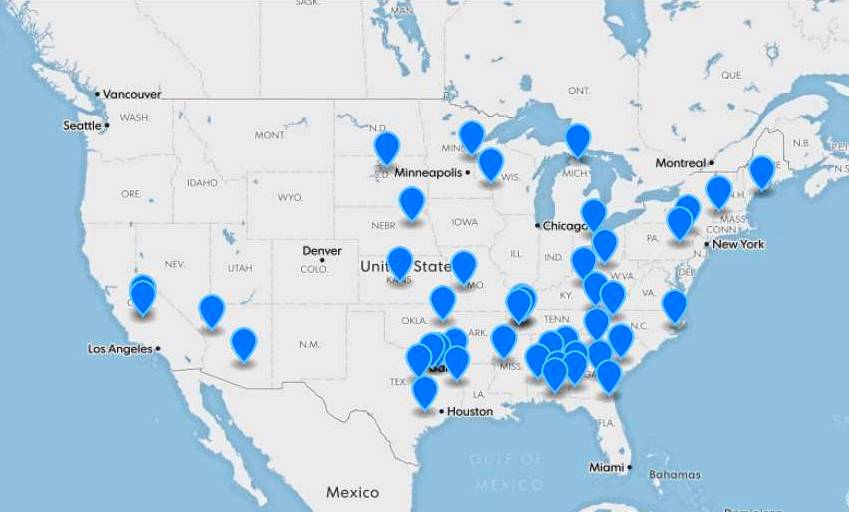 "The Affordable Care Act was designed to improve access to health care for all Americans and will give them another chance at getting health insurance during open enrollment starting this Saturday," O'Donnell and Ungar write. "But critics say the ACA is also accelerating the demise of rural outposts that cater to many of society's most vulnerable. These hospitals treat some of the sickest and poorest patients—those least aware of how to stay healthy. Hospital officials contend that the law's penalties for having to re-admit patients soon after they're released are impossible to avoid and create a crushing burden."

With so many rural hospitals in poor shape, the only hope is often to partner with big health systems, that is, if the health systems will take them, O'Donnell and Ungar write. Douglas Leonard, president of the Indiana Hospital Association, told USA Today, "I'm not sure they can get anyone to answer the phone when they call."

That often puts the responsibility on local officials, many of whom have little to no health care experience, "on whether to raise taxes in poor towns and counties that depend on their hospitals for care as well as good jobs," O'Donnell and Ungar write. "Some rural hospitals, even their advocates acknowledge, are in such bad shape and serve so few people that they probably don't deserve to stay open. But what about those still providing good and needed care? In those cases, rural residents lose out."

"Half of the rural hospitals that shuttered since early 2010 closed completely," O'Donnell and Ungar write. "Many of the rest now operate as rehabilitation and nursing facilities or outpatient clinics. A few operate as emergency departments or 24-hour urgent care centers, offering some—but far from all—the services the former hospitals did. But Lewis and others say that while these 24-hour facilities could stabilize stroke or heart attack victims before they head on to larger hospitals, they are even less financially viable, given the poor, uninsured populations they serve and the fact that emergency rooms are the most expensive parts of hospitals." (Read more)
Written by Tim Mandell Posted at 11/14/2014 02:40:00 PM