Truck driver is the most common job in America, according to U.S. Census Bureau data, Quoctrung Bui reports for Planet Money. While secretary was most common in the 1970s, truck driver took over the top spot in the 1990s and has held on, mostly because the two biggest trends affecting U.S. jobs—globalization and automation—have not impacted truck driving. "A worker in China can't drive a truck in Ohio, and machines can't drive cars (yet)."

"Regional specialization has declined. So jobs that are needed everywhere—like truck drivers and schoolteachers—have moved up the list of most-common jobs," Bui writes. "The prominence of truck drivers is partly due to the way the government categorizes jobs. It lumps together all truck drivers and delivery people, creating a very large category. Other jobs are split more finely; for example, primary school teachers and secondary school teachers are in separate categories." (Planet Money map: To view an interactive version click here) 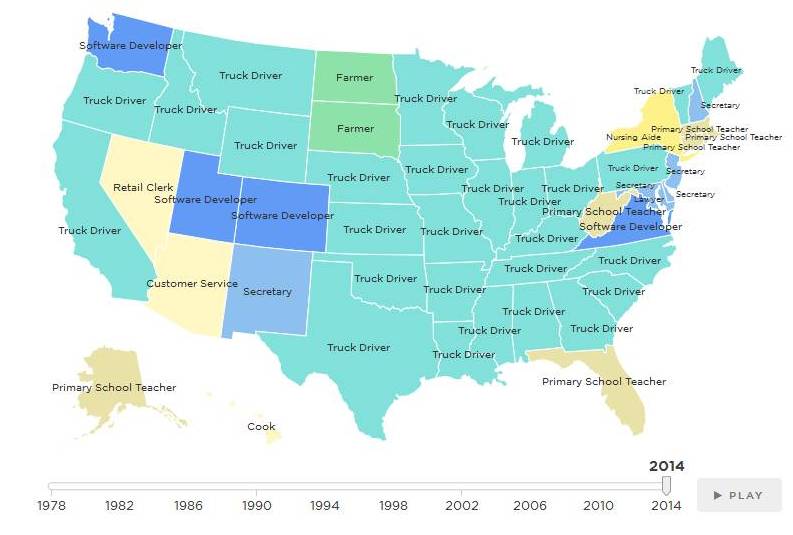