A pair of Republican state senators in Indiana are expected to introduce an anti-meth bill today that would limit purchases of cold medicine containing ephedrine or pseudoephedrine—ingredients used to make meth—to anyone with a meth conviction, Evan Hoffmeyer reports for WTHR 13 in Indianapolis.

The bill "would require courts to report methamphetamine related convictions to the National Precursor Log Exchange," and pharmacists, in any state, would refuse to sell those people more than 3.6 grams per day and 9 grams in 30 days, Hoffmeyer writes.

Indiana State Police said the state led the nation in meth labs busts in 2013 with 1,797, up from 1,698 in 2012, Justin Mack reports for The Indianapolis Star. The number of seizures last year was 1,416. (Indiana Methamphetamine Investigation System graphic) 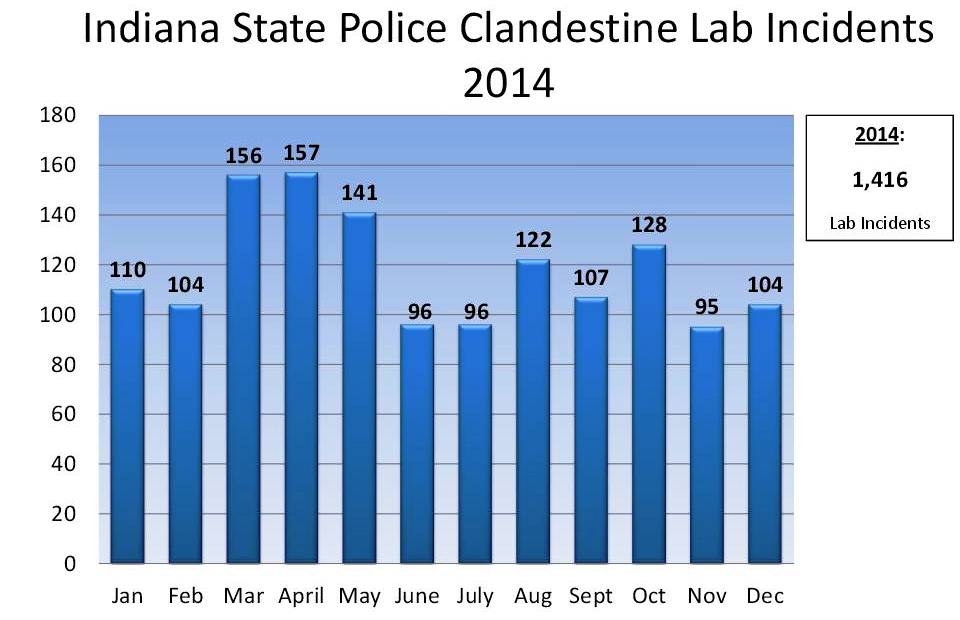