"The Fish and Wildlife Service advised its fellow land management agencies to impose the most stringent protections on roughly 16.5 million acres of high-value sage grouse habitat in order to save the bird from the threat of extinction," Phil Taylor reports for Greenwire. More than 63 percent of the bird's 165 million acres of habitat is on federal lands, and Bureau of Land Management manages most of it. 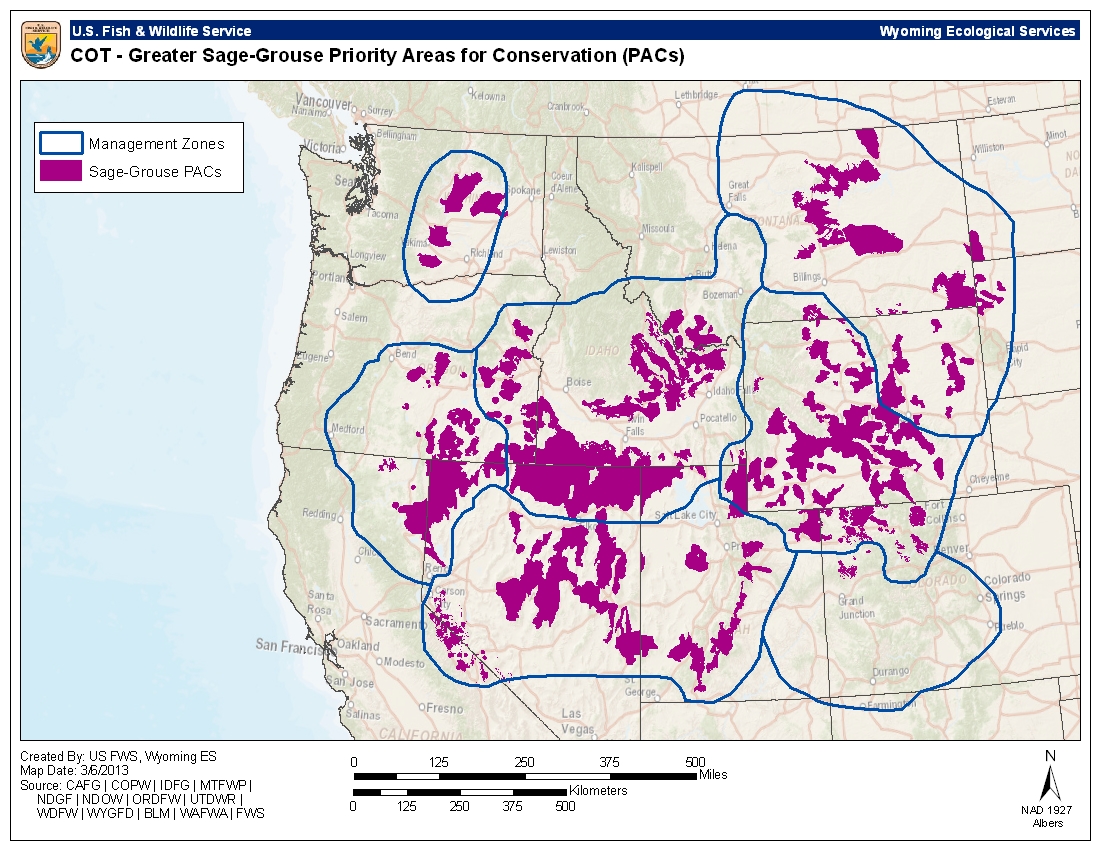 In November 2014 Fish and Wildlife listed the grouse as "threatened." The future of the species' designation will play a major role in determining the fate of sales of leases on 8.1 million acres of federal oil and gas parcels that are on hold because of worries that drilling could harm greater sage grouse.

Also, this week Utah Republican Gov. Gary Herbert "ordered state agencies to make protecting sage grouse a priority when making decisions on issues from development to firefighting," Brett Prettyman reports for The Salt Lake Tribune. Herbert said listing sage grouse as "endangered" will put restrictions on farmers, ranchers, natural resource extraction and energy development. He told  Prettyman, "The concern we have here in Utah that in doing so [a federal listing], it will have a significantly devastating impact on our economy." Only four percent of sage grouse are found in Utah.
Written by Tim Mandell Posted at 2/11/2015 01:36:00 PM