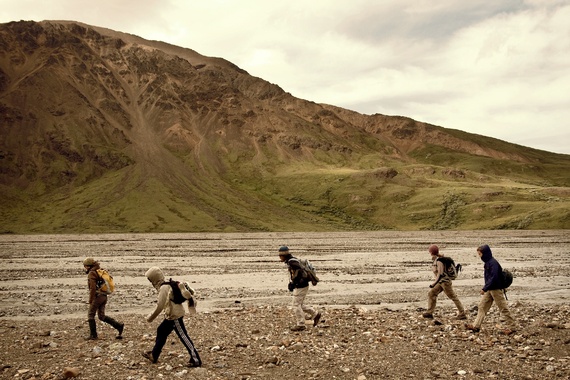 Unregulated therapeutic institutions for troubled teenagers—located almost exclusively in rural and remote areas—that expose kids to often brutal wilderness conditions are becoming increasingly popular in the U.S., Sulome Anderson reports for The Atlantic. Teens, who are often brought to the camps forcibly and without any prior knowledge of what's happening, are admitted anywhere from a few months to as long as two years. (Flickr photo: Wilderness camp in Denali National Park and Preserve)

Critics say the teenagers are exposed to cruel conditions, abuse and even death, Anderson writes. "Its proponents maintain that this type of isolation, away from the temptations and perils of society, can benefit youth who are straying down the path of addiction and dysfunction. They present a multitude of success stories and insist this type of therapy can be life-changing."

The U.S. Government Accountability Office compiled a 2007 report on the dangers of wilderness and other teen facilities, but no one knows for sure how many teenagers have died at the institutions, Anderson writes. The highest unconfirmed count is 86 deaths since 2000.

One of the main problems is that "many states don’t require background checks for staff, and there have been multiple investigations into sexual abuse and arrests for sexual assault at teen residential and wilderness programs in recent years," Anderson writes. The fear is that untrained staff members are given free rein to do whatever they want to underage vulnerable teenagers.

"In May 2013, Congressman George Miller, a Democrat from California, reintroduced legislation that aimed to better protect adolescents in such facilities from abuse and provide easily accessible information for parents on the safety records of the programs," Anderson writes. "The bill has repeatedly failed in the House." But some politicians, including 2012 presidential candidate Mitt Romney, own companies that run these programs. The institutions are also popular with local residents because they provide jobs and stimulate the local economy. (Read more)
Written by Tim Mandell Posted at 3/23/2015 02:00:00 PM