Illegal workers accounted for 5.1% of all employees in 2012; number in white collar jobs on the rise

Illegal immigrants are most likely to work in construction in the South and Southwest, manufacturing in the Great Plains states and leisure and hospitality in the West, says a study by the Pew Research Center, Philip Bump reports for The Washington Post. While only 4 percent of undocumented workers are in agriculture, the highest overall percent of illegal immigrants are in that industry, accounting for 16 percent of all employees.

The study, which consists of data from 2012, found that 33 percent of undocumented workers are in the service industry; 15 percent in construction and extraction; 14 percent in production, installation and repair; and 8 percent in transportation and material moving, Jeffrey Passel and D'Vera Cohn report for Pew.

Unauthorized workers consisted of 5.1 percent of all workers in 2012, Passel and Cohn write. The number in blue collar jobs dropped from 2007 to 2012, while numbers rose in white collar jobs. Undocumented workers in construction dropped by 475,000 from 2007 to 2012. During that same time the number with management and professional jobs grew from 10 percent to 13 percent. (Read more) (Pew map) 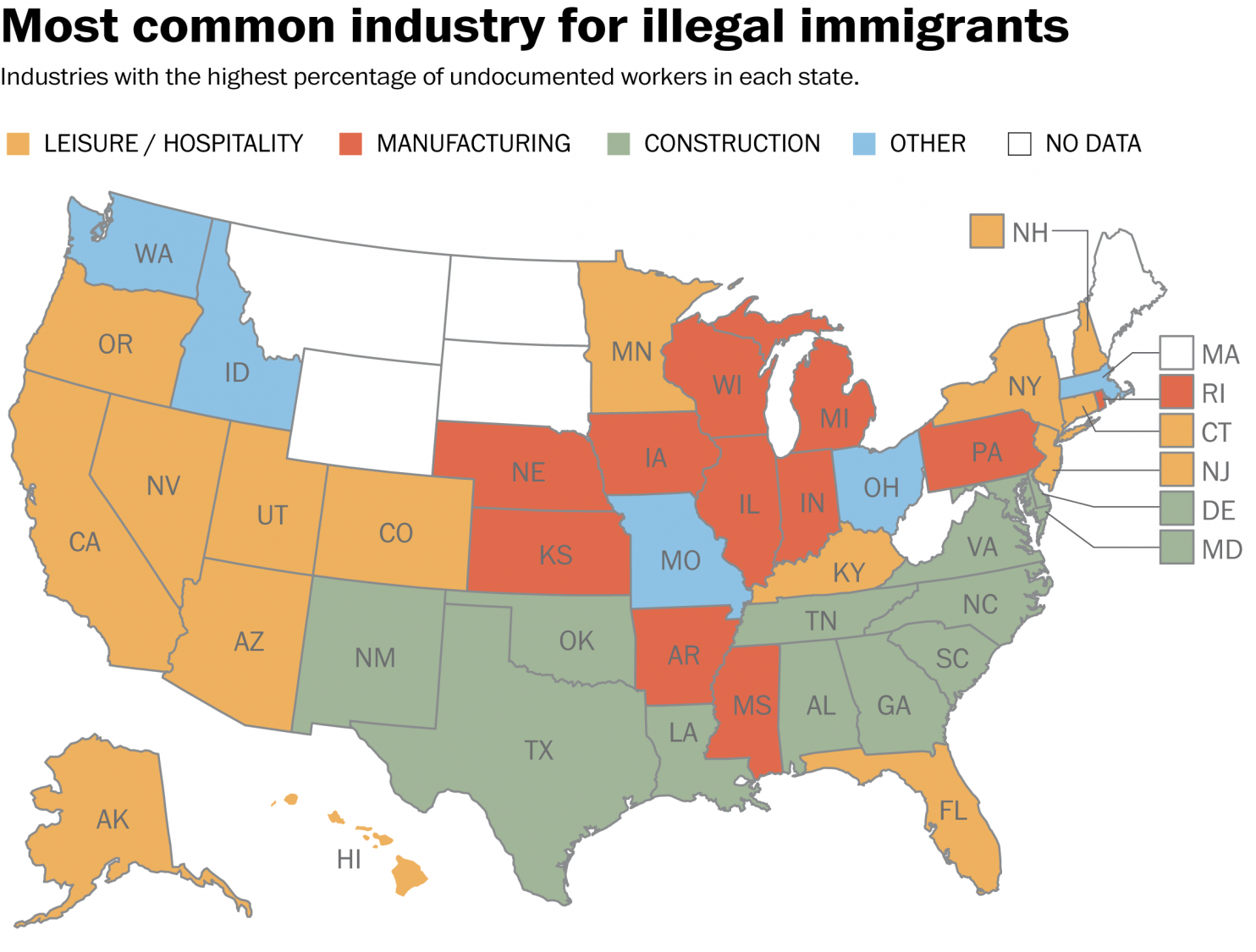