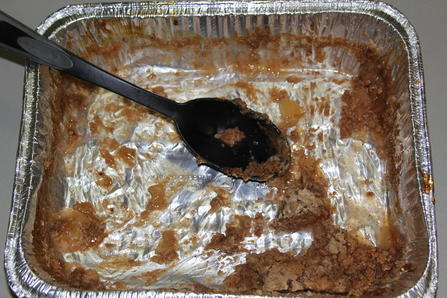 A few times each year, an obesity report is released, filled with statistics about how fat Americans—often rural residents, mainly in the South—have become. News outlets jump on the stories, with television stations showing the same random videos of fat people shot from the neck down. The Index-Journal in Greenwood, S.C., decided to tackle the issue, using a series to look at why local rural areas struggle with obesity. (Index-Journal photo by Andrew Macke: Popular southern foods high in fat are one reason for the obesity epidemic)

South Carolina is 10th in the nation in adult obesity, with 31.7 percent of adults obese in 2013, reports Ariel Gilreath. Even worse, the state is second in childhood obesity. The epidemic is particularly bad in rural areas. Dr. Patrick O'Neil, the director of the Weight Management Center at the Medical University of South Carolina, told Gilreath, "For various reasons, you do often see a higher prevalence of obesity in rural areas, and there's a lot of speculation as to why that might be, and the same is true for why is South Carolina near the top in obesity rates. We have some areas of much lower income, which also tend to be the rural areas, and lower income is associated with higher rates of obesity."

O'Neil said the culture of the South supports obesity, Gilreath writes in a separate story. Some of the main problems are southern traditions that include foods and drinks high in fat or sugar, such as fried chicken, sweet tea and macaroni and cheese, that many rural residents eat as children and continue to eat as adults, serving their children the same foods. Fried foods and other fatty foods are often cheaper, something that appeals to people with lower incomes. And once someone gets accustomed to unhealthy foods, it becomes difficult for them to change their diet.

Another rural Southern problem is a sedentary lifestyle, often caused by a lack of options, Gilreath writes. It's hard to ride a bike in an area with no sidewalks and roads in poor condition. Therese Moore, clinical dietician at Self Regional's Diabetes Education Center, "said the mindset of small, southern communities hinders people from healthy lifestyles." She told Gilreath, "You're looking at a perception that's not natural for people to walk where they need to go here, when you're living in a small town. And walking a mile is almost unheard of to go somewhere purposeful."
Written by Tim Mandell Posted at 3/24/2015 02:39:00 PM