After years of steadily losing population, rural Pickens County, Alabama, was the nation's fourth fastest growing county under 10,000 residents from July 2013 to July 2014, according to U.S. Census Bureau estimates released today, Brendan Kirby reports for Al.com. Pickens County, which has been losing population since 2000, had a 5.1 percent growth in the latest census. Officials credit the 2013 opening of a federal women's minimum security prison for providing jobs, boosting local sales and increasing the overall population.

Population grew by 18.3 percent in McKenzie County, North Dakota, from 2013 to 2014 but during the same time decreased 2 percent in Burke County, according to an interactive map The Pew Charitable Trusts created that details county-level population changes in every U.S. state. Overall, 60.4 percent of the state's 53 counties saw population growth from 2013 to 2014, with North Dakota home to four of the top five fastest growing counties in the nation. (Read more) 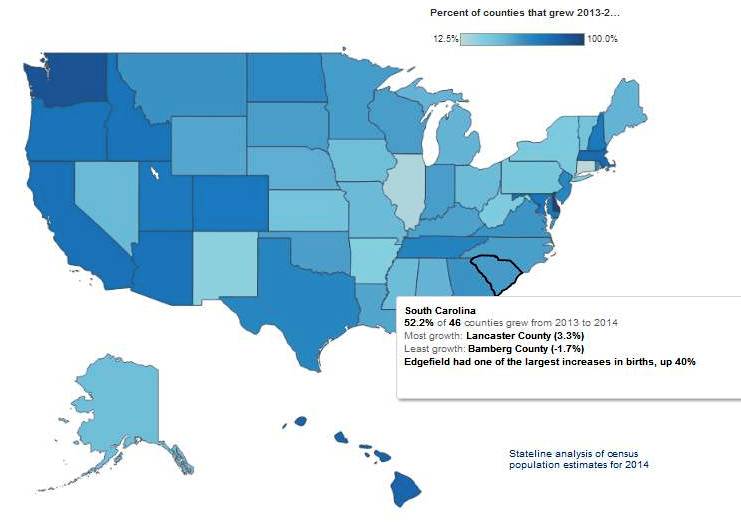