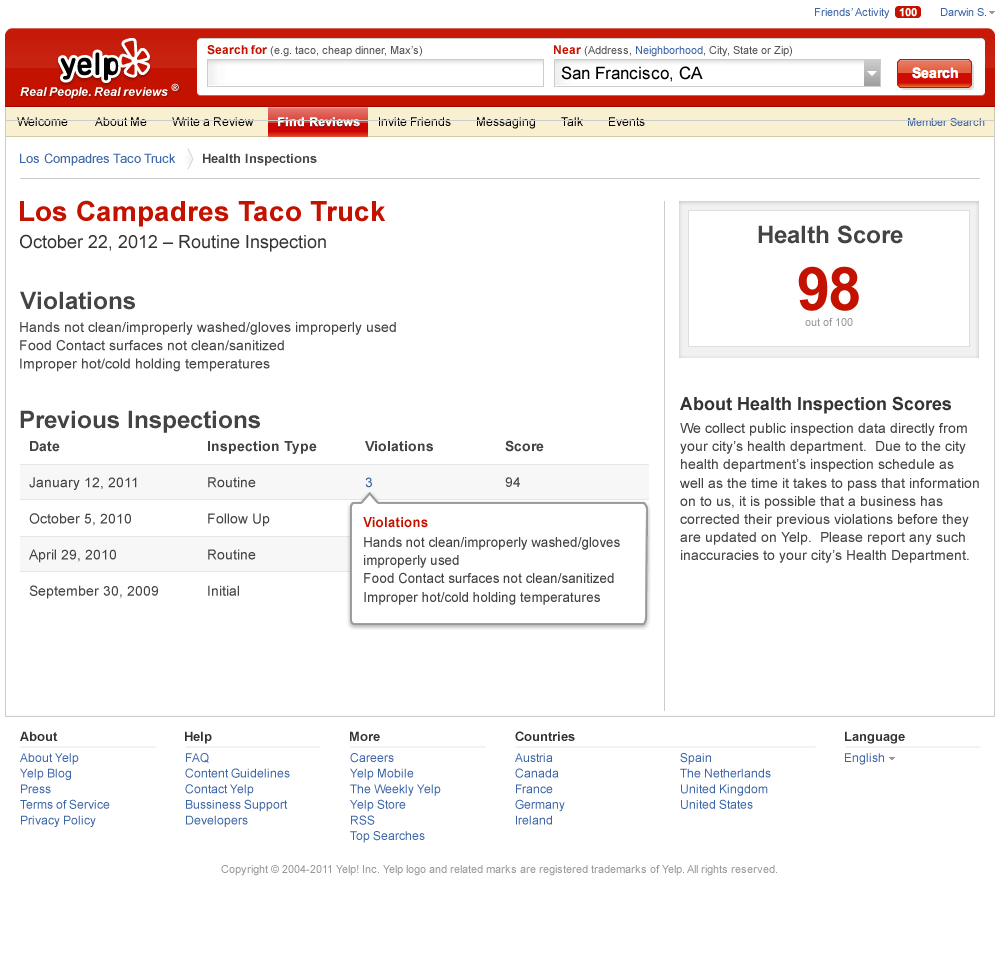 Restaurant health inspection scores are a staple of many newspapers, but officials in some areas are posting the scores on social media "to alert the public to health violations and to nudge establishments into cleaning up their acts," Jenni Bergal reports for Stateline. A few cities are even mining users’ comments on sites like Yelp "to track foodborne illnesses or predict which establishments are likely t­­o have sanitation problems." (A health inspection report on Yelp)

The Centers for Disease Control and Prevention (CDC) estimates that each year more than 48 million people get sick from foodborne illnesses, 128,000 are hospitalized and 3,000 die, Bergal writes. "About 60 percent of outbreaks come from restaurants, according to the CDC."

In an attempt to decrease the number of foodborne illnesses resulting from restaurant health violations, dozens of city and county health departments have been posting restaurant inspection results on government websites to share with the public, Bergal writes. Rajiv Bhatia, former environmental health director for the San Francisco Department of Public Health, told Bergal, "It allows the public to see the workings of a government agency and puts some pressure on the agency to do its job.” (Read more)
Written by Tim Mandell Posted at 3/24/2015 03:03:00 PM