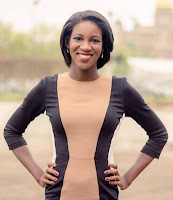 Emily Victor (right) said racism in rural Iowa played a part in her not wanting to continue being a reporter for KCCI-TV in Des Moines, Lauren Ehler reports for The Des Moines Register. Victor, who is African American, said "those negative experiences did not motivate her to leave," but told Ehler, "Racism in the state did not help my decision to stay."

She "said she didn't have any problems in the metro area, but would sometimes feel uncomfortable when covering parts of rural Iowa," Ehler writes. "She said she would get negative reactions related to the color of her skin when she approached interview subjects and on social media." Victor cited a June story, caught on video, in Boone, Iowa, where while reporting a crime scene, a woman began yelling at her, pushed camera equipment and used a racial slur. Victor said, "It was something I had to get used to."
Written by Tim Mandell Posted at 8/03/2016 09:00:00 AM