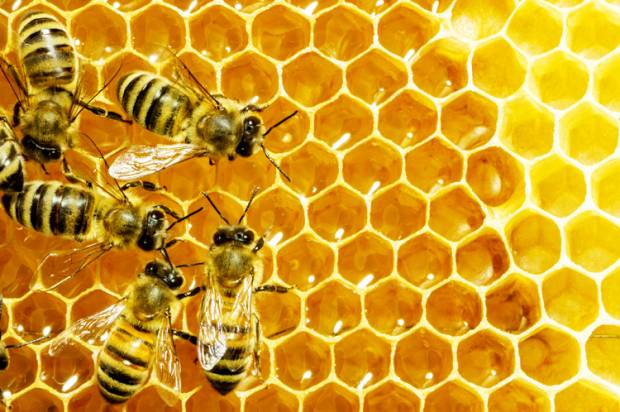 The honeybee population appears to be returning, at least in Indiana. Purdue University honeybee specialist Greg Hunt said Indiana's bee population lost about 29 percent this past winter, compared to 65 percent losses after the winter of 2013-14, Sarah Gonzalez reports for Agri-Pulse, a Washington newsletter.

The U.S. Department of Agriculture said the honeybee pollination "is worth about $15 billion a year in crop production," Gonzalez writes. "However, the population has been declining for years, with the U.S. losing about one-third of its hives annually, Hunt said. The number of honeybee colonies in the U.S. dropped from about 4 million in the 1970s to about 2.5 million now, according to some estimates."

The loss of the honeybee population has been partly blamed on pesticides and viruses, leading Minnesota regulators last year to consider banning or regulating neonicotinoids, a pesticide.

The European Academies Science Advisory Council released a report on Wednesday that said that neonicotinoids are "probably more damaging to ecosystems than previously thought and questioned whether the substances had a place in sustainable agriculture," David Jolly reports for The New York Times.

"The authors were critical of studies of neonicotinoids on bee health that tested the insects’ ability to survive a single exposure to a given quantity of pesticide dust; they noted that the effect of the chemicals is cumulative and irreversible, meaning that repeated sublethal doses will eventually be deadly if a certain threshold is passed," Jolly writes.
Written by Tim Mandell Posted at 4/09/2015 04:08:00 PM