Researchers analyzed radon levels from about 860,000 homes from 1989 to 2013, finding that radon levels rose significantly in 2004 when the state's fracking boom began, Hurdle and Phillips write. They "also found that buildings using well water had a 21 percent higher concentration of radon than those served by municipal water systems." (Johns Hopkins graphic) 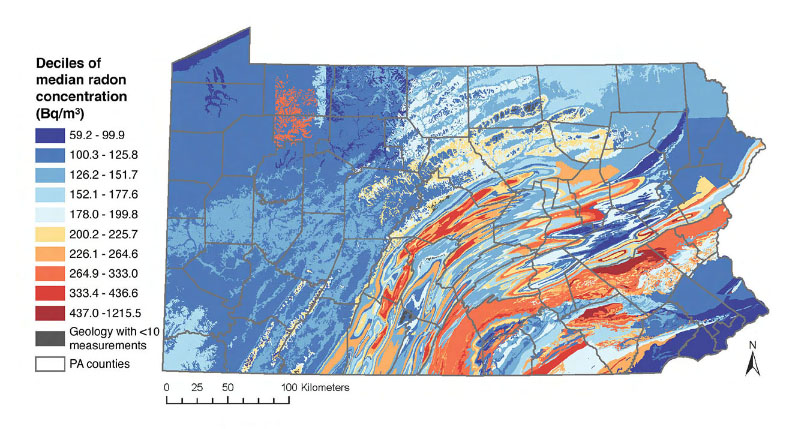 "Overall, 42 percent of the buildings analyzed had radon concentrations at over 4 picocuries per liter, the level at which the U.S. Environmental Protection Agency recommends remediation, and which is about three times the national average for indoor air," Hurdle and Phillips writes. "According to EPA, there are about 21,000 radon-related lung cancers per year in the U.S."

The Johns Hopkins report contradicts a report released in January by the Pennsylvania Department of Environmental Protection, Hurdle and Phillips write. "The DEP spent more than a year studying exposure risks to naturally occurring radioactive material (NORM) during oil and gas production and concluded there is 'little potential for harm to workers or the public.'” (Read more)
Written by Tim Mandell Posted at 4/10/2015 12:20:00 PM