The most conservative towns in each state are almost predominately rural areas with small populations, while about half of the most liberal towns in each state are major urban cities, says a study from political analytics company Clarity Campaign Labs, Ana Swanson reports for The Washington Post. Clarity also created an online tool that lets users find the town or city in each state that most closely matches their politics. 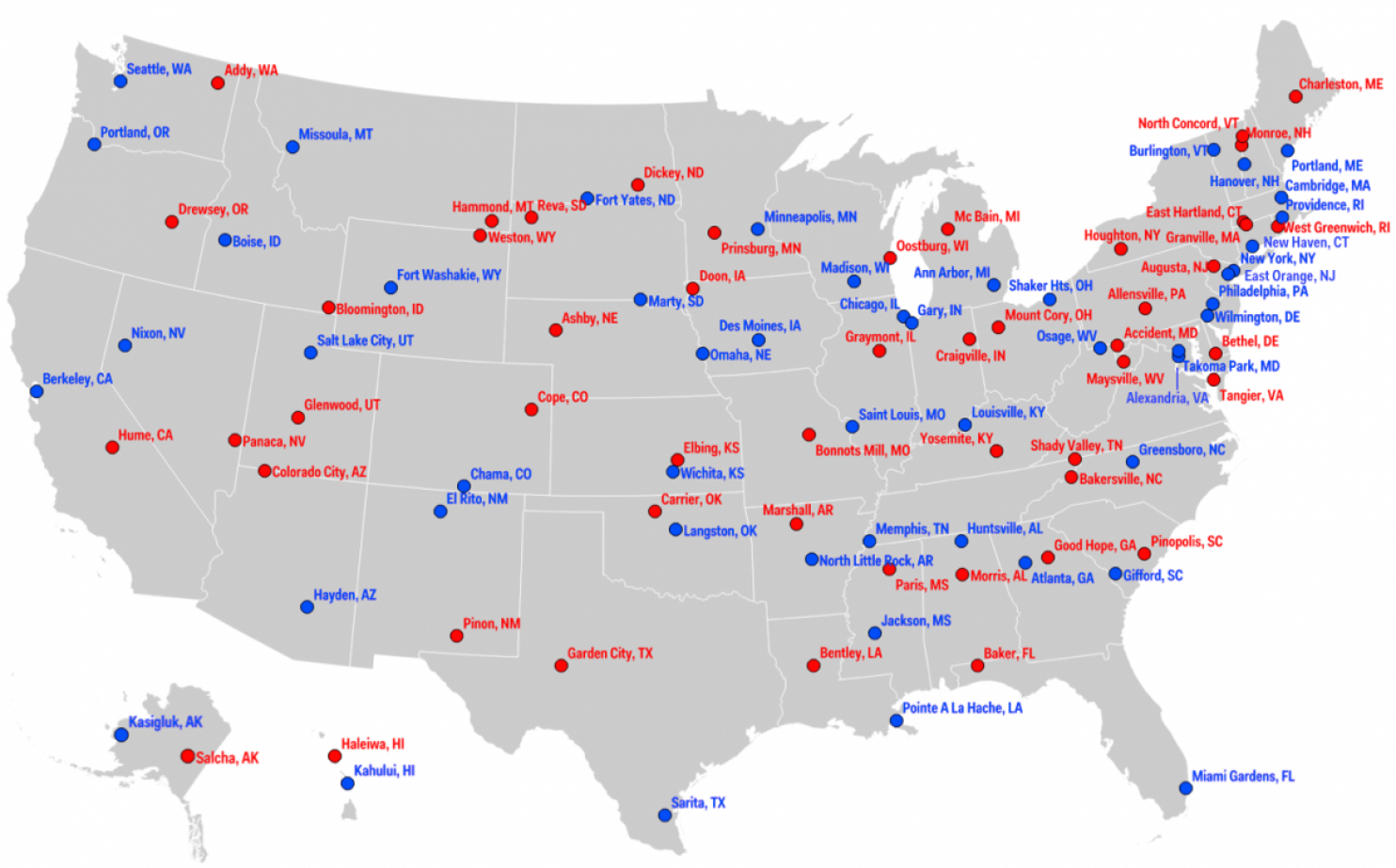