In the six weeks since Republicans gained control of Congress, three Republican governors who refused to expand Medicaid in their states under federal health reform have now come out in favor of expansion but with a few twists thrown in, Jason Millman reports for The Washington Post. On Monday, Tennessee Gov. Bill Haslam joined Gov. Matt Mead of Wyoming and Gov. Gary Herbert of Utah in support of expansion. 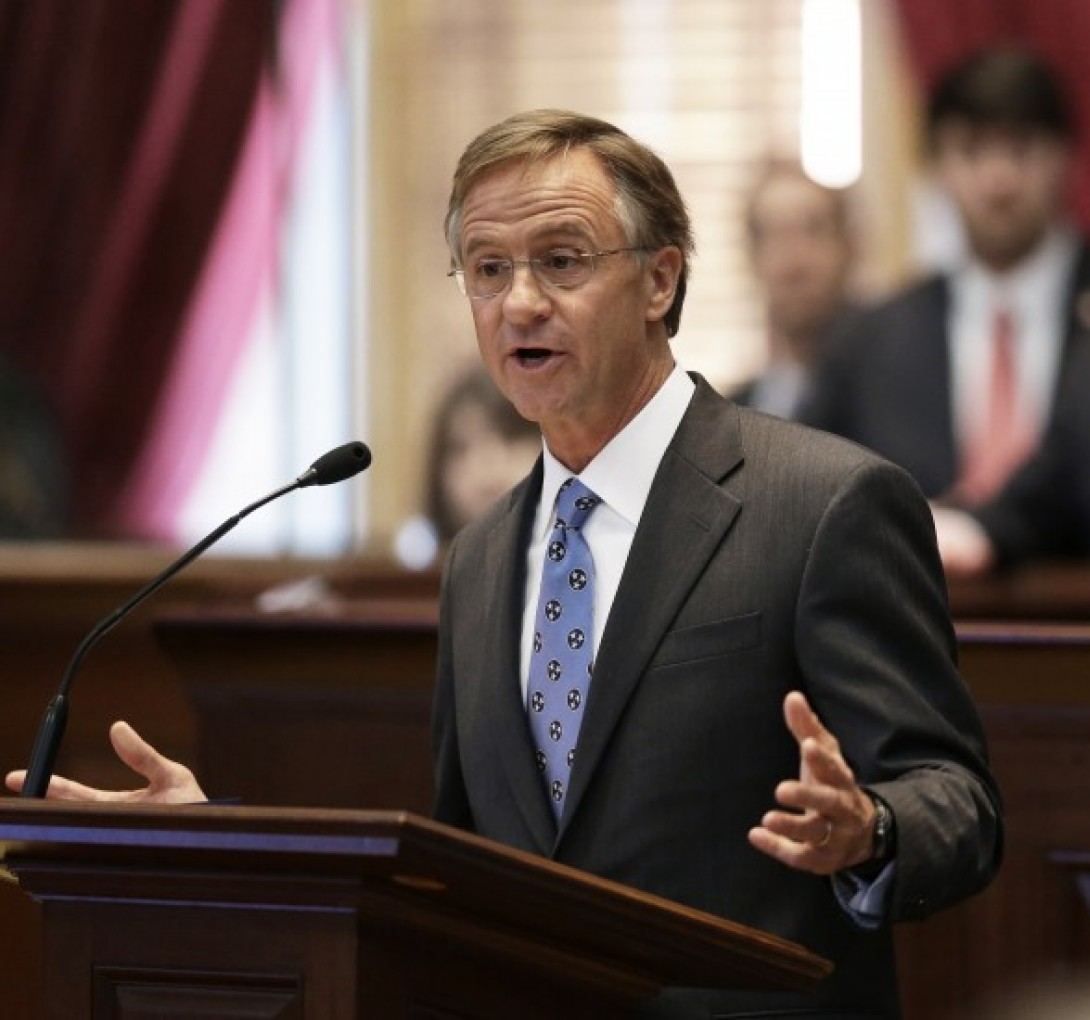 "Like most other Republican governors who want to take the health-care law's generous federal funding, Haslam is now offering a plan that deviates from the Medicaid expansion envisioned under the Affordable Care Act," Millman writes. "Haslam, who made the announcement almost a month after his re-election, said the Obama administration has verbally approved the approach." (Associated Press photo by Mark Humphrey: Tennessee Gov. Bill Haslam on Monday offered a plan to accept Obamacare funding)

The Tennessee plan includes a two-year waiver program with two tracks, Millman writes. "It will offer vouchers to people earning up to 138 percent of the federal poverty level—or about $16,100 for an individual—to help purchase employer coverage they would otherwise struggle to afford. Other newly eligible individuals can sign up in health plans modeled after health reimbursement accounts, with people earning above the poverty level required to pay premiums and copays. Haslam's administration didn't immediately offer details about how those payments are structured."

In November the Kaiser Family Foundation estimated that Tennessee has "about 142,000 low-income adults fall into what's known as the coverage gap—people who earn too much to qualify for the existing Medicaid program but not enough to qualify for subsidies to purchase private coverage on the Obamacare health insurance marketplaces," Millman writes.