In the U.S., 16 percent of men between the ages of 25 to 54 are officially unemployed, triple the number of unemployed men since 1968, Gregory Aisch, Josh Katz and David Leonhardt report for The New York Times. County level data, taken from surveys from 2009 to 2013, show the percentage of unemployed men from 25 to 64, which is considered the prime working age.

The data lumps all out-of-work men in the same category, whether they are unemployed, disabled, discouraged, retired, in school, taking care of family or any other option.

In some metro and suburban areas—such as San Francisco, Denver, Minneapolis, Boston and Manhattan—as well as the booming North Dakota oil towns, employment rates were above 90 percent, the Times reports. But in poorer, more rural areas, such as Appalachia, the Deep South, northern Michigan, the Southwest and the Northwest, more than 40 percent of prime-age men are not working. (Read more) (NYT map: In McKinely County, New Mexico 46 percent of men between 25 to 54 are unemployed. To view an interactive version of the map click here) 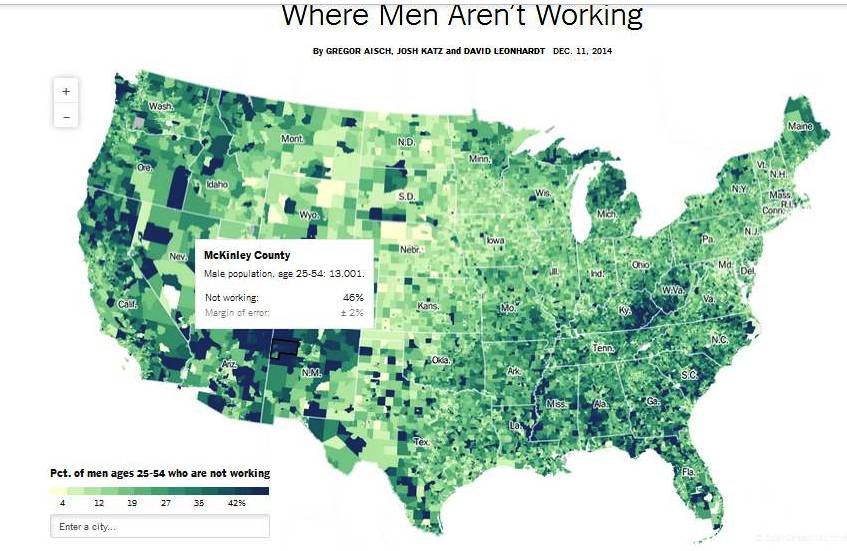