While many people are probably happy to see a steep drop in prices at the local gas station—the price of crude oil is just above $55 per barrel, down from $105 on July 1—falling oil prices are a concern for some energy-dependent states, Niraj Chokshi reports for The Washington Post. A decline in prices "has already forced officials to revise revenue predictions and, if the price remains low for long, could force lawmakers to make substantial budget changes as legislatures reconvene next year." 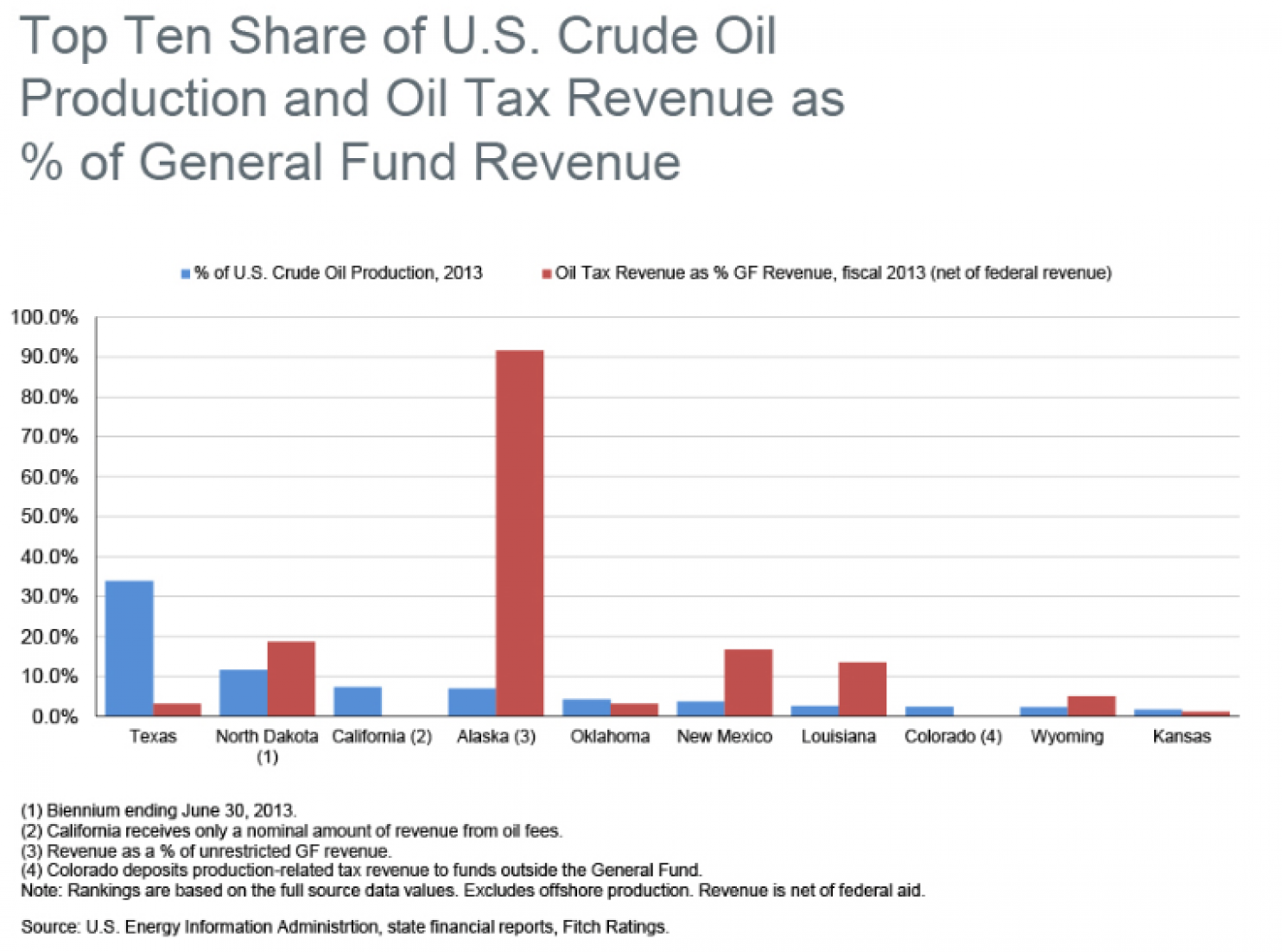 Alaska, more than any other state, stands to lose as a result of the falling prices, Chokshi writes. Moody’s Investors Services, the credit rating agency, said in a statement: “Alaska is far more vulnerable than any other U.S. state to the global,  political, economic and other factors affecting oil supply and demand, as well as to local conditions influencing production.” (Fitch graphic)

Moody’s analyst Emily Raimes told Chokshi, “This is sort of a big enough bump, we believe, that it could potentially bring Alaska’s rating down if the oil prices continue at this low level and if the state is not able to respond to it in a way that does something other than draw down their reserve."

In addition to Alaska, Louisiana, New Mexico and North Dakota also could feel the impact of lower prices, warns Fitch, another credit ratings agency, Chokshi writes. "In Alaska, energy-related tax revenue accounted for about 92 percent of unrestricted general fund revenue in the 2013 fiscal year. In New Mexico, they accounted for about 17 percent. In Louisiana, 13.5 percent. Despite producing the largest share of crude oil in 2013, oil tax revenue in Texas accounted for well below 10 percent of overall general fund." (Read more)
Written by Tim Mandell Posted at 12/19/2014 02:29:00 PM