From 2007 to 2013, the poverty rate of school-age children rose in 928 counties, fell in 15 counties and "remains above pre-recession levels in nearly 30 percent of the nation’s 3,140 counties," according to recently released Census Bureau data, Niraj Chokshi reports for The Washington Post. 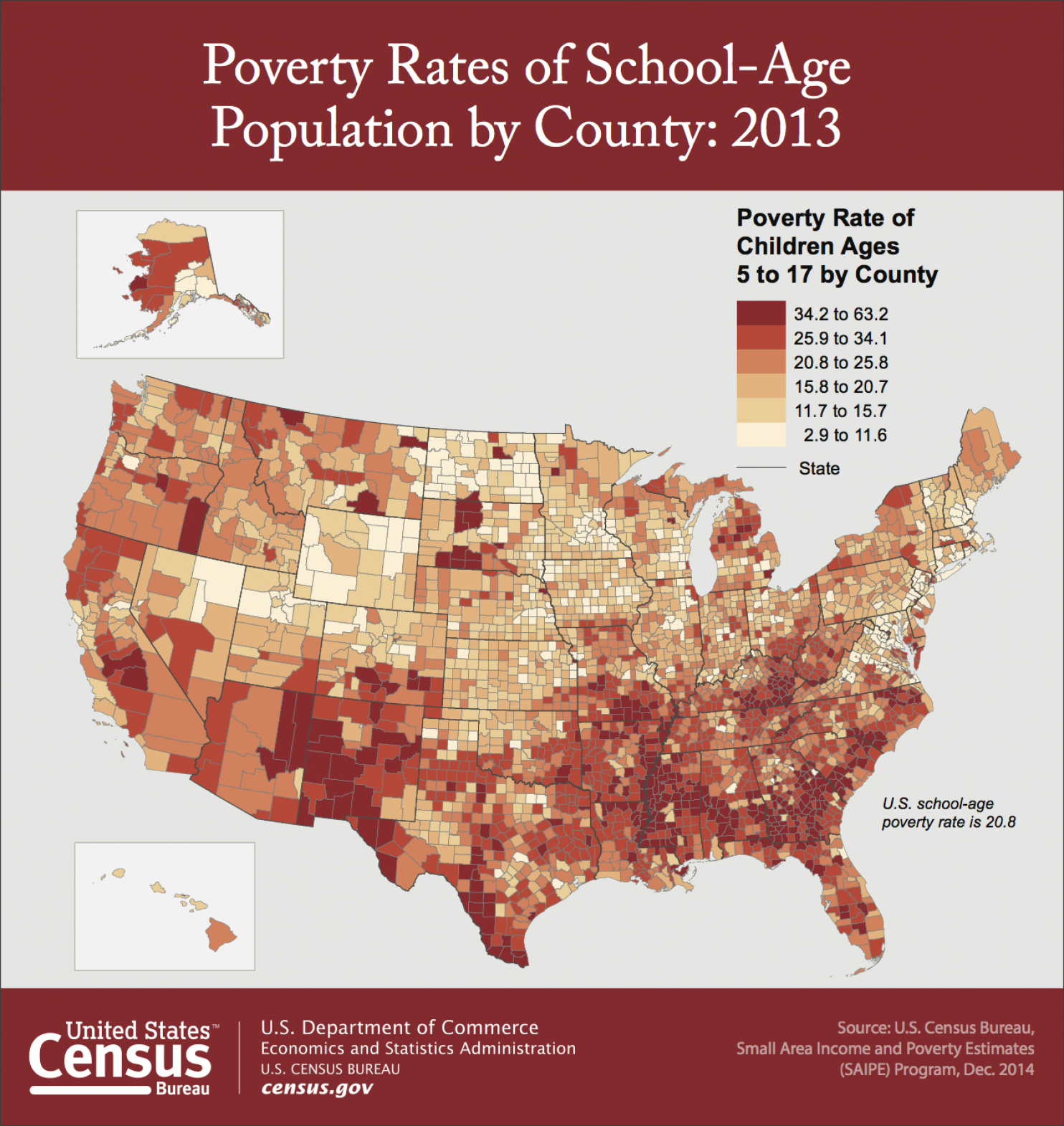 "Nearly the same number of counties—902—had school-age child poverty rates statistically below the national average, according to the Census," Choksi writes. "In Connecticut, New Hampshire, North Dakota, Rhode Island and Wyoming, more than 4 in 5 counties had rates statistically lower than the nation as a whole."
Written by Tim Mandell Posted at 12/17/2014 02:40:00 PM