Many Americans have trust issues when it comes to neighbors, media, government, public schools 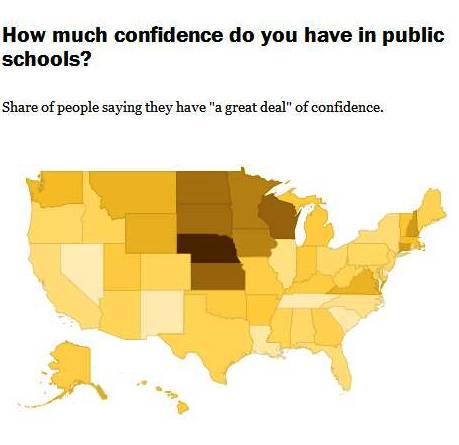 A series of interactive maps show that many Americans—especially those in largely rural states—have little trust or confidence in their neighbors, elected officials, media outlets and schools, Emily Badger reports for The Washington Post. (The darker the color the higher the percentage)

That's according to recent results from the Current Population Survey, which asked people "all kinds of quirky questions about how we relate to each other and the institutions in our lives—our neighbors, our elected officials, our media outlets, schools and even the products we buy," Badger writes. 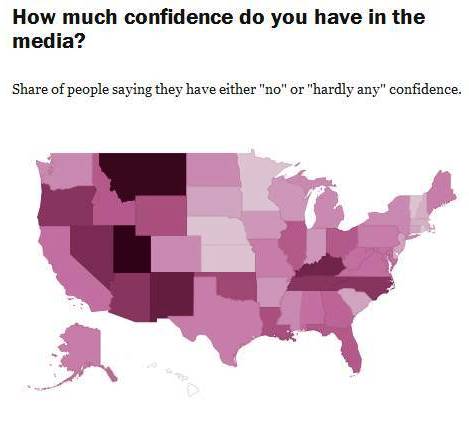 In Minnesota, Nebraska, Vermont and Kansas, only 38 percent of people said they trust the media. Nevada (59 percent) and Montana (58 percent) had the highest percentages. No state had more than 50 percent of people say they are confident in public schools, with Nebraska leading the way at 46.91 percent. Confidence levels in schools are below 22 percent in Nevada, New Mexico, Louisiana, Tennessee and South Carolina. 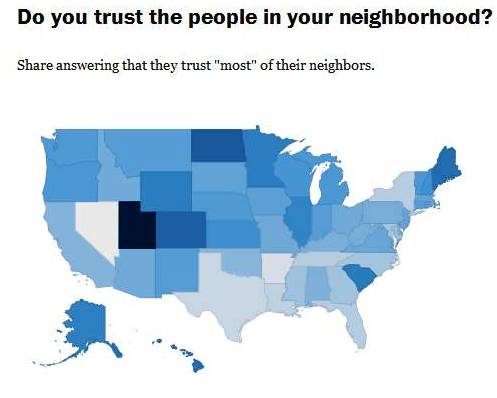