48 rural hospitals shut since 2010, and 283 are in trouble, says National Rural Health Association

The National Rural Health Association, which represents 2,000 small hospitals and other health-care providers, says 48 rural hospitals have closed since 2010—10 in Texas and mostly in the South—and 283 more are in trouble.

Many of the struggling hospitals are in states that chose not to expand Medicaid under federal health reform, Guy Gugliotta reports for The Washington Post. "Besides cutting back on Medicare, the law reduced payments to hospitals for the uninsured, a decision based on the assumption that states would expand their Medicaid programs. However, almost two dozen states have refused to do so. In addition, additional Medicare cuts caused by a budget disagreement in Congress have hurt hospitals’ bottom lines."

But Medicaid is just one issue. "Rural hospitals also suffer from multiple endemic disadvantages that drive down profit margins and make it virtually impossible to achieve economies of scale," Gugliotta writes. "These include declining populations; disproportionate numbers of elderly and uninsured patients; the frequent need to pay doctors better than top dollar to get them to work in the hinterlands; the cost of expensive equipment that is necessary but frequently underused; the inability to provide lucrative specialty services and treatments; and an emphasis on emergency and urgent care, chronic money-losers."

Expert says if something isn't done to turn things around, then there could be a repeat of events 30 years ago, when an overhaul of the Medicaid system rewarded larger hospitals and hurt smaller ones, leading to 440 small hospitals closing, Gugliotta writes. (North Carolina Rural Health Research Program map: Rural hospital closures from January 2010 through Jan. 23, 2015) 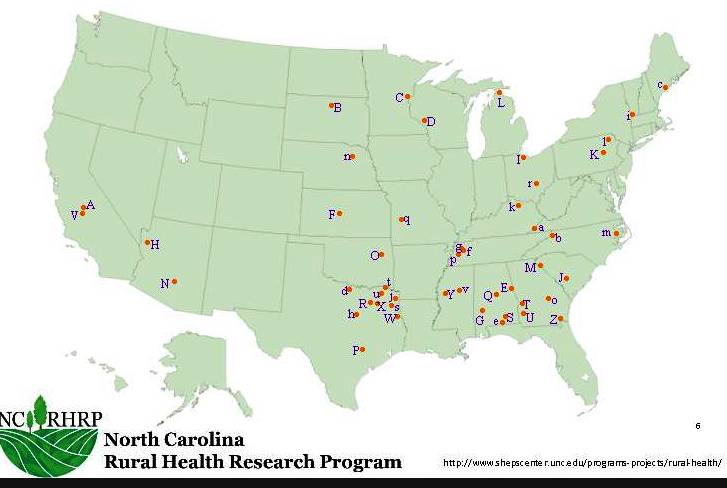 What's a rural hospital? Not any around here! Nearest hospital is in the big town of Springfield which is 45 minutes away.