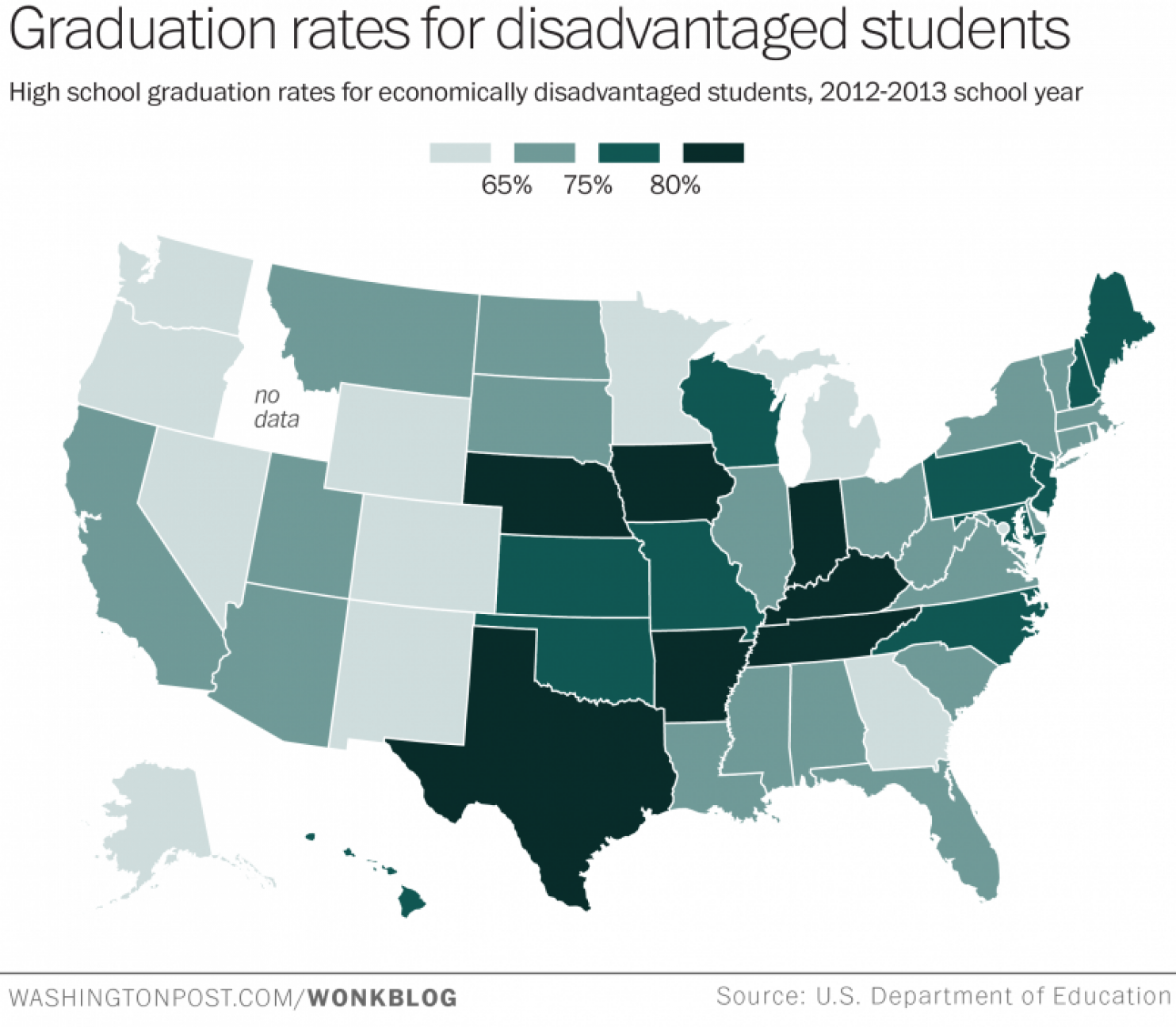 High school graduation rates for disadvantaged students have reached record highs. The U.S. Department of Education announced Monday that 2012-13 rate for students with minority backgrounds or poor families was 81.4 percent, up from 80 percent in 2011-12. Asian students had the highest rate, at 88.7 percent, followed by whites, 86.6 percent; Hispanics, 75.2 percent; low-income students, 73.3 percent; and African American, 70.7.

"The largest black-white gaps were in the Midwest," Max Ehrenfreund reports for The Washington Post. Department of Education data includes the graduation rate for every state in 2012-13, compared to the previous two years, led by Iowa with a 90 percent graduation rate. (Read more) (Post map)
Written by Tim Mandell Posted at 3/17/2015 12:24:00 PM