Ohio leads all states in doing the best job providing online access to government spending data, while Idaho, Alaska and California are the worst culprits, says a report by the United States Public Interest Research Group. States were graded based on efficiency of websites that allow users to view government payments, details about the goods or services purchased and other public benefits obtained. 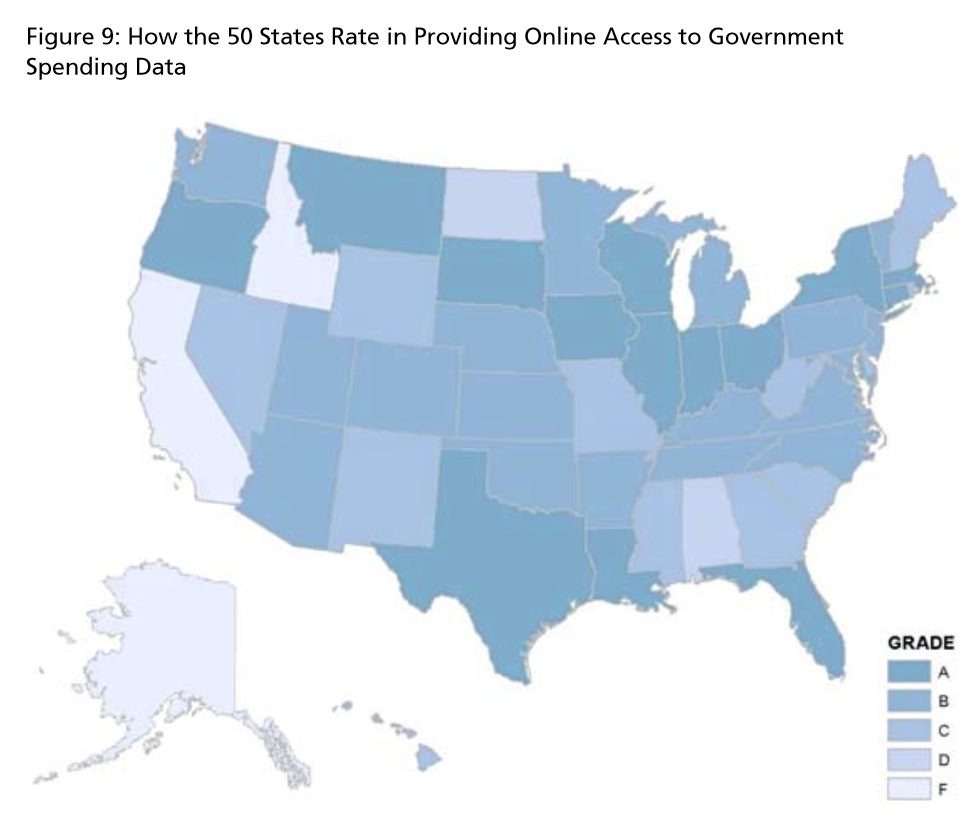 Ohio, which received a D-minus in 2014, led all states this year with an A-plus. Indiana, Wisconsin, Oregon, Louisiana, Connecticut, Massachusetts and Florida all got an A and Iowa, Illinois, Montana, New York, Texas and South Dakota A-minus. Idaho, Alaska and California all received an F, with California at the bottom with a 34. Alabama received a D and North Dakota a D-plus. (Read more)
Written by Tim Mandell Posted at 3/19/2015 12:48:00 PM