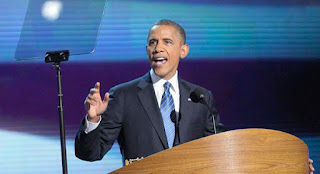 The third day of the Democratic National Convention on Wednesday created more fodder for fact checkers. If you want to re-publish them, we encourage you to look at reports by The Washington Post's Fact Checker unit, PolitiFact and FactCheck.org for full context and things you may want to add. (Politico photo by Jason Lee: President Obama speaking Wednesday)

President Obama said, We “cut veterans' homelessness almost in half.” The number is actually 35 percent, according to the Department of Housing and Urban Development. Post fact-checkers Glenn Kessler and Michelle Ye Hee Le write, "He likely is referring to the decrease in homeless veterans who are 'unsheltered,' defined as 'places not meant for human habitation, such as the streets, abandoned buildings, vehicles, or parks.' The unsheltered homeless veteran population decreased by 45.9 percent from 2009 to 2015."

Senate Democratic Leader Harry Reid of Nevada said, “Donald Trump and Mike Pence want to gamble with your retirement benefits in the stock market.” Lee and Kessler write, "This is a tired old talking point that Democrats throw at Republicans, one that we have criticized in the past. Yet it’s particularly misplaced against Donald Trump. As a presidential candidate, Trump has repeatedly insisted that he will not touch Social Security benefits, saying it can held solvent without changing its structure. There’s no indication that he currently supports investing Social Security trust funds—now in Treasury bonds—in the stock market."

"As is typical of Trump, he sang a different tune in 2000, writing in a book that Social Security was a 'Ponzi scheme' and the retirement age should be raised to 70," Kessler and Lee write. "He also called for 'privatization' of the program. Pence, as a member of Congress, was supportive of George W. Bush’s ill-fated 2005 effort to introduce investment options. It was designed as a voluntary program, in which individuals could choose to direct a relatively small portion of their payroll taxes to investment options besides Treasury securities. But Bush could not even get a committee vote on his idea, even though Republicans controlled both houses of Congress,. That was 11 years ago, and no serious Republican has tried to push the concept again."

Eugene Kiely of FactCheck.org, writes, "vice presidential nominee Tim Kaine claimed that Trump said he 'wants to abandon' our NATO allies. Trump has said that he doesn’t want the U.S. to leave NATO, but has suggested he would not automatically defend NATO allies that do not pay their share of defense costs."

"Obama claimed that under his administration, 'we finally began to wean ourselves off foreign oil,' but dependency on imported oil had begun to drop years before he took office," Kiely writes. "Obama said deficits have 'come down' under his administration.' That’s true, but they are expected to rise again soon under his proposed budget."
Written by Tim Mandell Posted at 7/28/2016 12:49:00 PM