Study finds over 1/2 of e-cigs are mislabeled, with incorrect nicotine amounts; most not child-proof 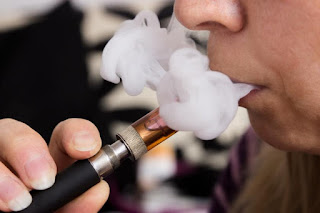 Researchers also found that of the 94 e-liquid containers sampled, only 35 percent were determined to be child-resistant. Minors were also found to be present in stores, but researchers did not witness any sales to minors. The Food and Drug Administration, which announced in May it was assuming regulatory authority over electronic cigarettes, prohibited sales to anyone under 18. (Read more)
Written by Tim Mandell Posted at 7/25/2016 12:16:00 PM