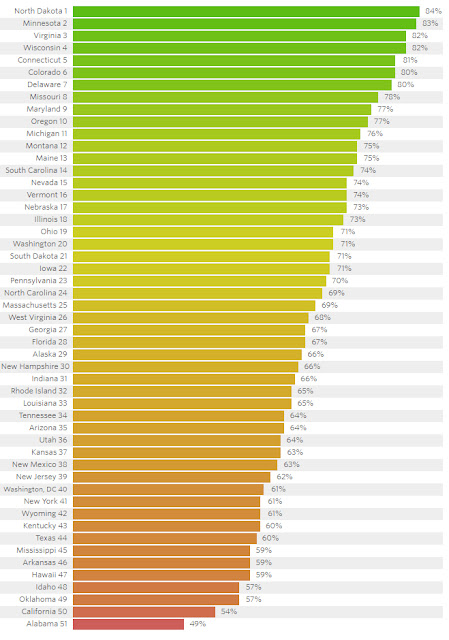 North Dakota has the nation's most efficient election system, while Alabama is least efficient, according to the Elections Performance Index by The Pew Charitable Trusts. The index, which includes data from 2014 elections, scores election administration on 17 indicators of performance. States were given an overall score on a scale of 0-100 based on an average score of all indicators. State data are available for each indicator. Rankings also are available from 2008, 2010 and 2012 elections. (Chart shows state ranks; click on it for a larger version)