Minnesota has a shortage of psychiatric beds but keeps patients in them too long, study says 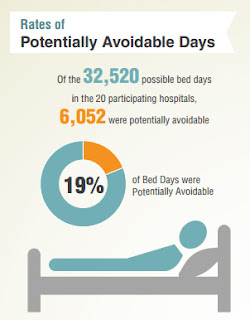 A study in Minnesota found that 19 percent of the state's mental-health beds are used by patients who could have been treated in a different setting, reports the Minnesota Hospital Association, which commissioned the study by the Wilder Foundation. Conducted from March 15 to April 30, the study of 20 hospital —half of them in rural areas—found that "of the 32,520 total mental-health bed days in all participating hospitals, 6,052 were identified as potentially avoidable." That translates to approximately 48,000 potentially avoidable days in a year.