A recently released interactive county-level map shows exactly who benefits from the earned income tax credit, which was created in 1975 to reduce the federal tax burden on low-income families. EITC is more likely to benefit rural families than urban or suburban ones, says a report from the Center for Rural Affairs. While many low-income families rely on the money, President Obama and the GOP-led Congress are in a battle over its future of the program, with Obama favoring an extension of the program.

Of the top 10 counties that rely on EITC seven are in Mississippi, two in South Dakota and one in Texas. In rural areas, Mississippi has the highest rates of federal tax returns claiming EITC, at 37.5 percent, reports Tim Marema for the Daily Yonder. 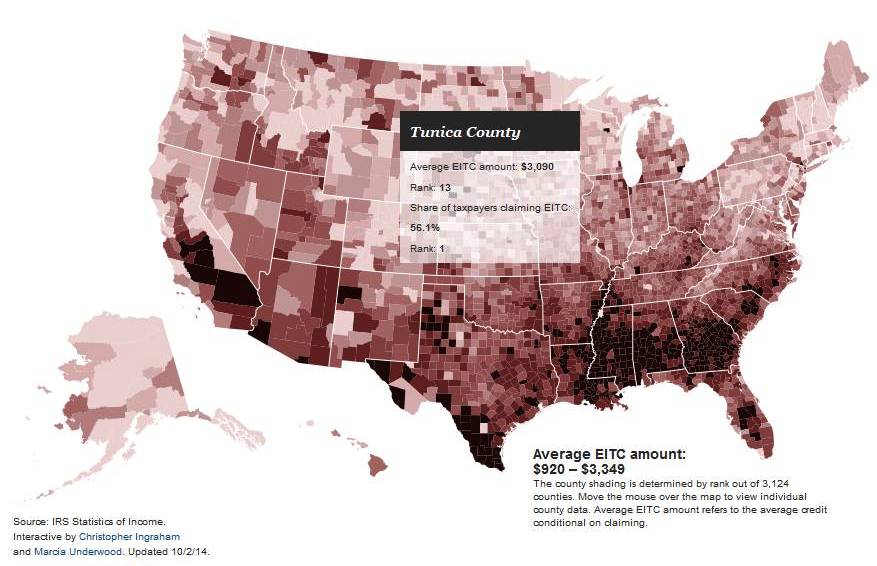