Conservationists and the oil and gas industry are at odds over the status of the Gunnison sage grouse. Last month the U.S. Fish and Wildlife Service listed the grouse as "threatened," a move that upset conservationists, who believe the birds should be listed as "endangered," Erik Molvar reports for The Hill. 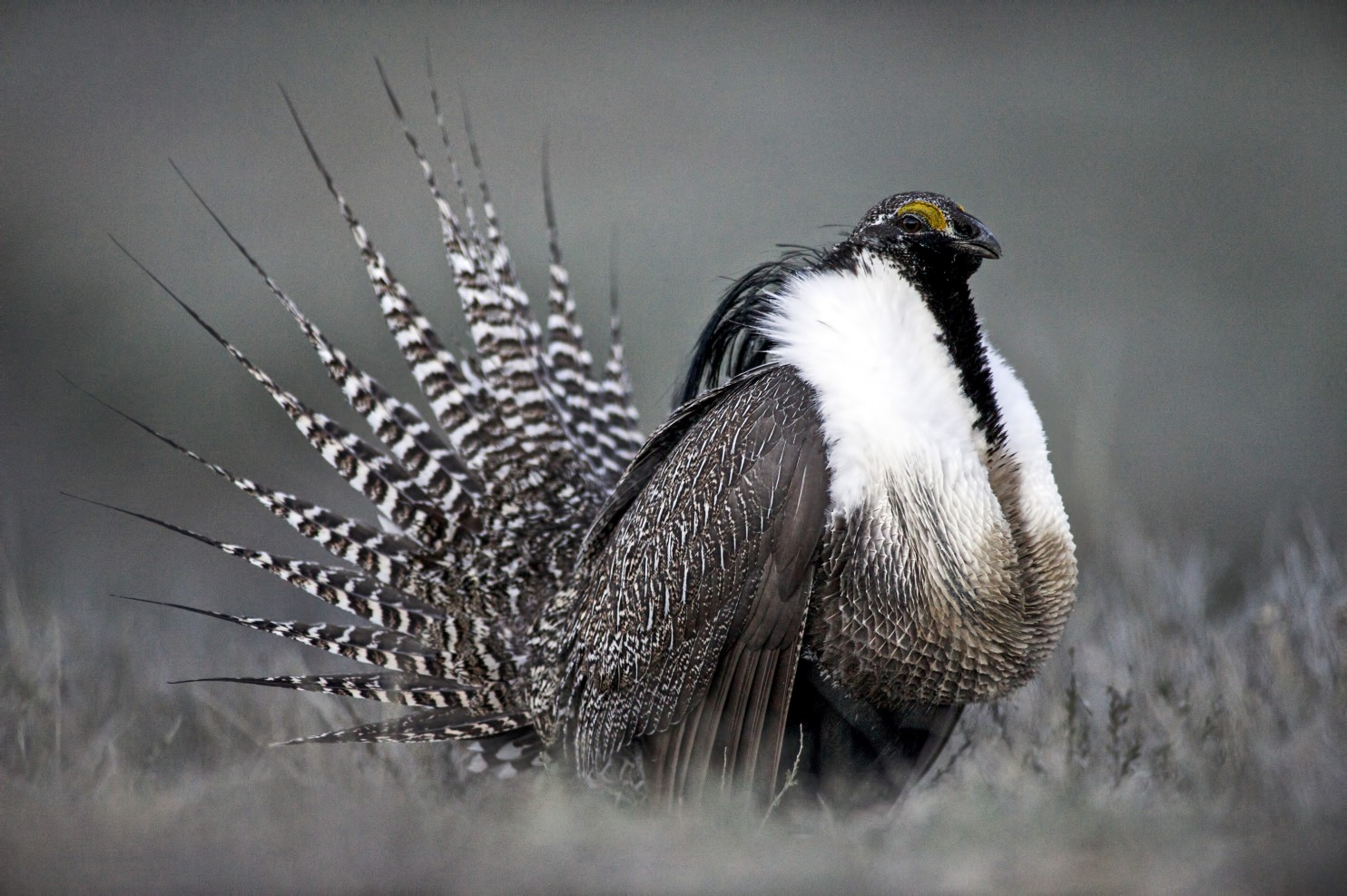 Determining the fate of the species could have major implications on the oil and gas industry, reports The Associated Press. In 11 states—Oregon, Washington, California, Nevada, Idaho, Montana, Wyoming, Colorado, Utah, North Dakota and South Dakota—"sales of leases on 8.1 million acres of federal oil and gas parcels—an area larger than Massachusetts and Rhode Island combined—are on hold because of worries that drilling could harm greater sage grouse." The region "includes vast oil, gas and coal reserves and the best type of windy, open country for developing wind power." (Colorado Parks and Wildlife photo)

Rick Bailey, who runs an oil and gas lease brokerage in Nevada, said he has had hundreds of thousands of acres of potential leases put on hold, AP writes. He told AP, “We’re not real happy about it. It’s not even an endangered species."

But conservationists have likened the sage grouse to "the Northern spotted owl, another imperiled bird that stirred a fight over logging in the Pacific Northwest," AP reports.

Meanwhile, the oil and gas industry waits, perhaps until the September 2015 deadline " to either offer protections or decide they’re no longer needed resulted from settlements of lawsuits brought by environmentalists," AP writes. "Whether the sales of leases on the deferred parcels will proceed and drilling will occur could hinge on that decision." (Read more)
Written by Tim Mandell Posted at 12/09/2014 02:27:00 PM