Brookings has created a county-level interactive map that looks at the mortgage interest deduction (MID) on owner-occupied homes. "The MID allows taxpayers to deduct mortgage interest on up to $1 million in debt used to purchase or refinance a primary or secondary home, as well as for up to $100,000 of home equity debt not used to buy, build or improve the home," Benjamin Harris and Lucie Parker write for Brookings. "The MID is available only to the minority of households whose combined itemized deductions—which include such items as state and local taxes paid and charitable contributions, as well as mortgage interest—exceed the standard deduction." 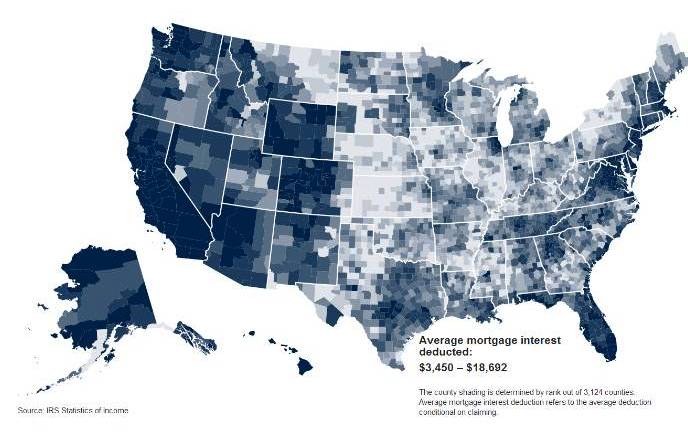