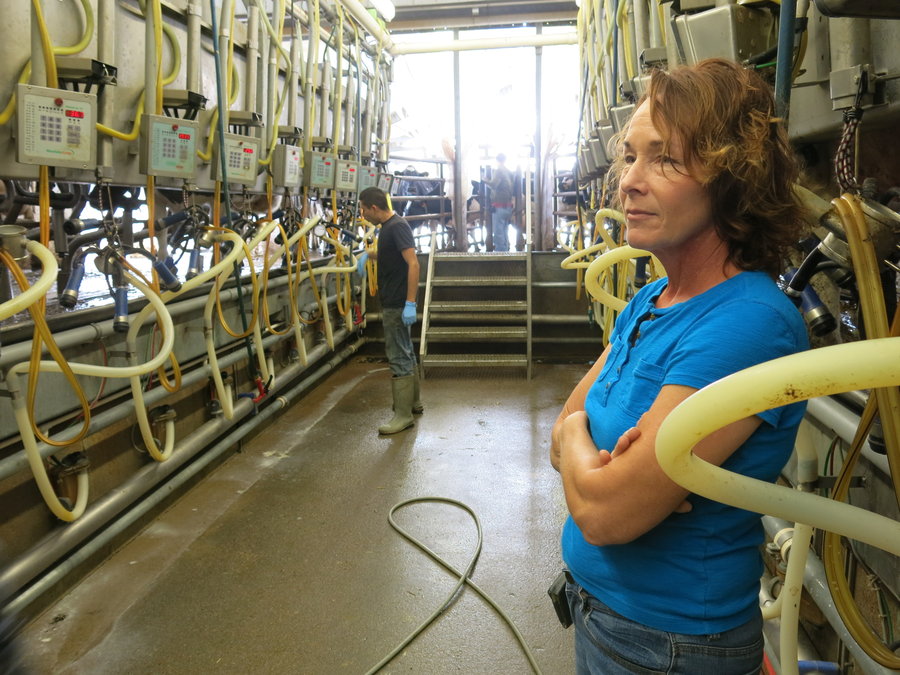 About one-third of U.S. farms are run by married couples, but many of those farms are considered to be run by men, Runyon writes. Sondra and Matt Pierce have been running a sugar beet farm in Colorado for years, with Matt working a regular 9-to-5 job in addition to farm duties, while Sondra works exclusively on the farm. Sondra told Runyon, "Technically, I don't own the farm. I mean, I just work on it. Most of the things we sell are always in his name."

It wasn't until 2002 that USDA "began collecting information—like gender and age—from more people on a family farm, not just from the person in charge," Runyon writes. "That's led to a broader picture of who does the farming in the U.S. Still, there are limits, and sociologists say expectations about what constitutes women's work on the farm can be slow to change."

"In 2002 about 27 percent of farmers were women," Runyon writes. "In 2012 that increased to more than 30 percent. The share of U.S. farms primarily operated by women has steadily increased over the past three decades, from 5 percent in 1978 to nearly 14 percent by 2012."

Julie Zimmerman, a rural sociologist at the University of Kentucky who studies how women's roles on the farm have changed over time, told Runyon, "Women have always worked in agriculture, historically. I think a key issue is whether or not it's counted. If you see working on your farm as being part of your role as the spouse or the wife, as helping out, then you might not even recognize it as being 'working on the farm,' even if you're doing it all the time." (Read more)
Written by Tim Mandell Posted at 12/12/2014 02:40:00 PM