More rural adults are attending college and attaining two or four-year degrees. However, rural residents still significantly lag behind their urban counterparts in higher education, and the gap between the two continues to grow, Alexander Marré reports for the Economic Research Service of the U.S. Department of Agriculture.

"Increasing college completion rates and attracting in-migrants with college degrees may be a challenge for many rural communities," Marré writes. "Household incomes are lower in rural areas, which could be a barrier for rural students wishing to attend and complete college, especially from persistently poor areas. For rural people who do earn 4-year college degrees, urban areas offer higher earnings and a wider range of potential jobs than are typically available in rural areas. The result is that many rural youth who leave their community for college do not return." (Read more) (USDA graphic) 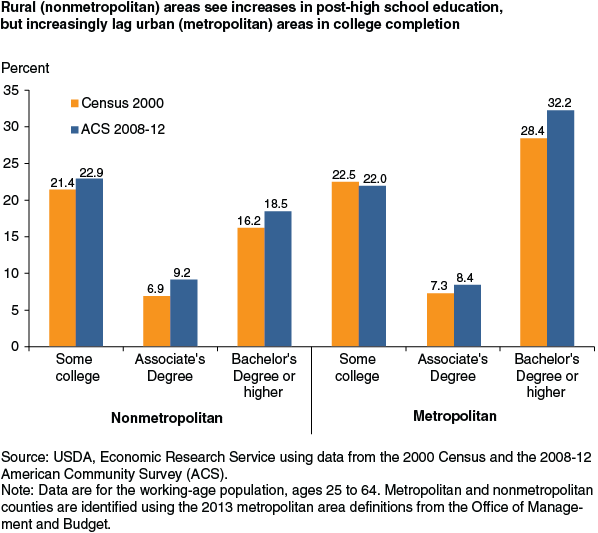