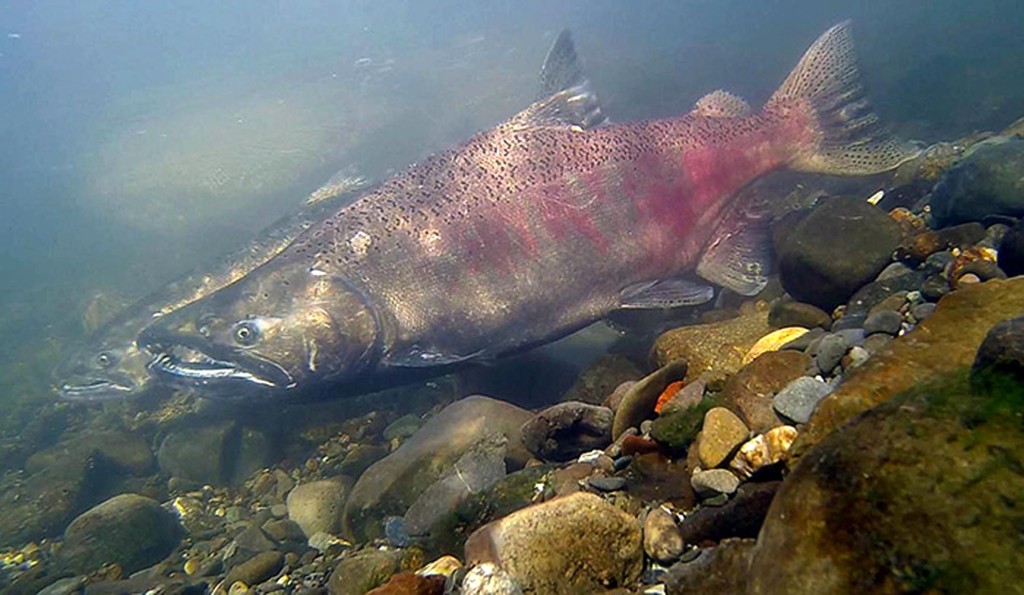 The California drought is threatening to wipe out the region's coho salmon population, Michael Fleeman reports for Reuters. Muir Woods coho salmon "make their way each year from the Pacific Ocean to spawn in a freshwater creek running through the redwoods near San Francisco." (Davis Enterprise photo by Ken Davis: Coho salmon)

State officials said that last winter no coho salmon eggs were found in areas where the fish typically mate, and during the summer no baby salmon were found, Fleeman writes. About 100 juvenile coho salmon are being raised in a local hatchery, where they will remain for 15 months.

"The coho, also called silver salmon, once thrived in Redwood Creek in Marin County and provided sustenance for both the Miwok Indians and grizzly bears," Fleeman writes. "Each winter, 3-year-old fish swim from the ocean to their birthplace in Muir Woods, a protected area that includes many redwoods, along with other stream systems in the state, to lay their eggs. Last month, the state said salmon migration in the American River watershed near Sacramento was slower than usual amid dry weather and warmer temperatures." (Read more)
Written by Tim Mandell Posted at 12/02/2014 02:17:00 PM