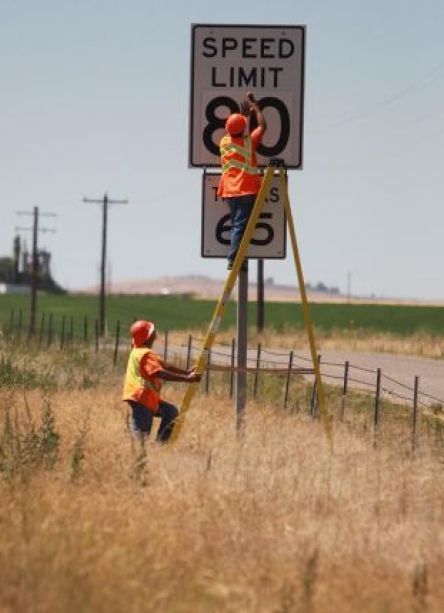 In July, Idaho raised the speed limit to 80 mph through many rural areas along Interstate 84. Since then, drivers are getting to their destinations at a much faster rate, but they are also collecting tickets in far greater numbers than when the speed limit was 75 mph, Nathan Brown reports for the Times-News in Twin Falls. (Times-News photo by Drew Nash)

From July 24 to Nov. 13 state police wrote 2,066 speeding tickets on Interstate 84, well above the 1,731 tickets written during that same time period in 2013, Brown writes. But it's not clear if drivers are abusing the new speed limits at higher rates or if police are being more vigilant about writing tickets.

State police spokeswoman Teresa Baker said "somebody going a couple of miles over 80 is more likely to get a ticket than someone slightly faster than 75 mph might have last year," Brown writes. She told Brown, “We just want to make sure we keep the roads as safe as we can, and 80’s fast enough." (Read more)
Written by Tim Mandell Posted at 12/03/2014 01:23:00 PM