Meth lab seizures are down in West Virginia; opinions vary on why police are making fewer busts

Meth lab busts are down in West Virginia—a state that has been ravaged by meth abuse. But there are differing opinions about why busts are down, Eric Eyre reports for the Charleston Gazette. 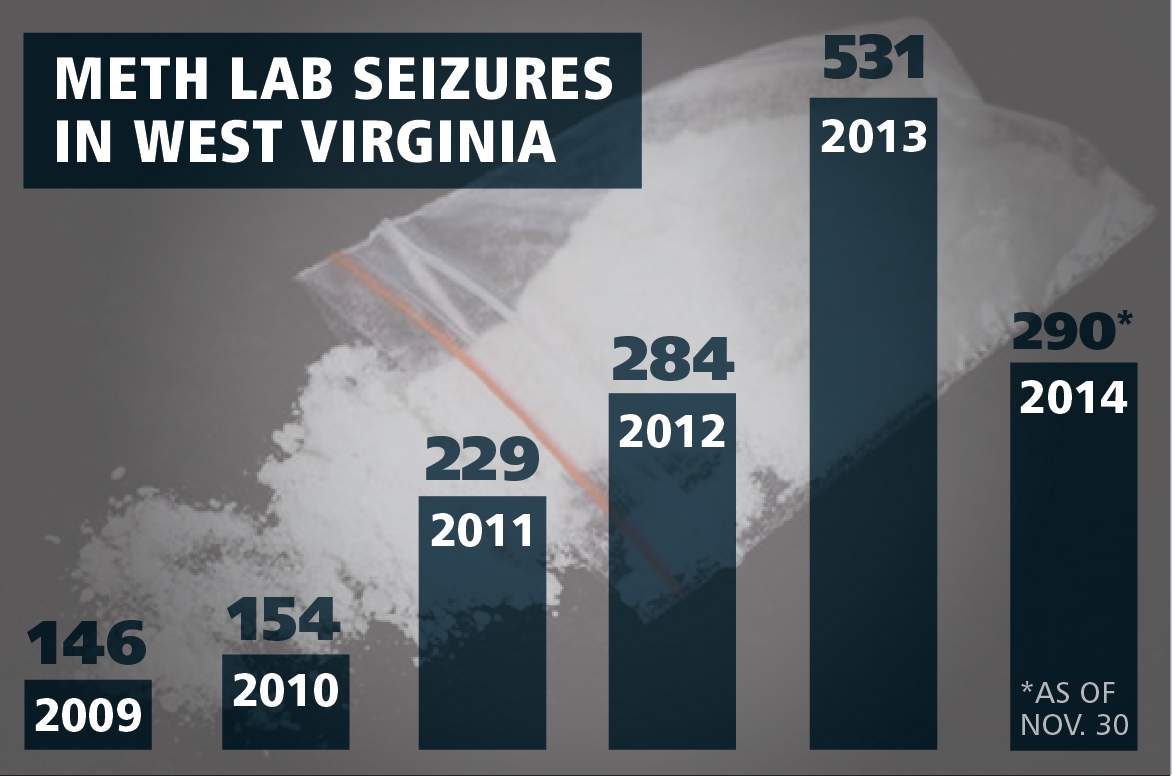 Democratic Sen. Joe Manchin says busts are down because he persuaded CVS, Walgreens and Kmart to join Rite Aid and Fruth Pharmacy to tighten restrictions on sales of pseudoephedrine, Eyre writes. Manchin told him, “Through good corporate citizenship, we’ve had a direct result as far as reducing substantially the number of meth labs in our state. The results have been overwhelming. We’ve got cold, hard facts to support what they did has helped West Virginia.”

Mike Goff, a state Board of Pharmacy administrator, counters by saying that busts are down because officers "are apparently spending less time looking for the clandestine labs, while devoting more time battling the state’s problem with heroin and prescription drugs," with the state's prescription drug problem having been the focus of a pair of documentaries set in impoverished Appalachian areas.

Goff told Eyre, “I don’t know if the labs are actually less, but they’re definitely not finding as many. They’re not looking, from what I understand. There’s not anyone out there looking for meth labs hardly at all.”

Goff may have a case, because fewer officers "are using a computerized system—called NPLEx—that tracks sales of pseudoephedrine across the state," Eyre writes. "NPLEx allows officers to search for potential meth makers. Police officers actively using the electronic system peaked at 104 in April before dropping to 73 in November. Also, the number of times that officers logged into the system dropped to an all-time low last month." (Read more)
Written by Tim Mandell Posted at 12/03/2014 03:57:00 PM