Denton, Texas, became the state's first town to ban fracking when 59 percent of voters showed their support for an anti-fracking measure during the November election. In a state where oil and gas are big business, the decision was immediately hit with a lawsuit, with the case expected to reach the state Supreme Court.

But it turns out Denton is not alone in its fight to keep fracking out of its borders. Other Texas towns have stepped forward and expressed a desire to also ban the practice, Emily Schmall reports for The Associated Press. "The Denton ban has become a 'proxy for this big war between people who want to stop fracking and people who want to see it happen,' said Michael Webber, deputy director of the Energy Institute at the University of Texas at Austin." 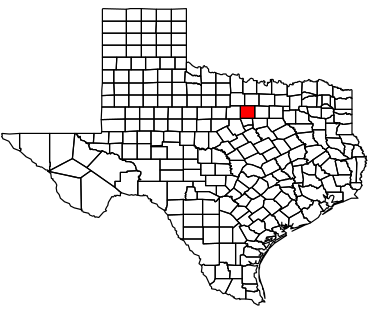 After Reno—about 50 miles from Dallas—had its first recorded earthquake in November 2013, the town of about 1,200 began taking steps to ban fracking, "passing a law in April limiting disposal well activity to operators who can prove the injections won't cause earthquakes," Schmall writes. (Wikipedia map: Reno)

"Residents of Presidio, a border town southwest of Alpine, want municipal leaders to protect their water source from being tainted by exploratory fracking wells in Mexico, said Pat Simms, who sits on a Presidio County water conservation board," Schmall writes.

But the fight is an uphill one. Many residents say the Texas Railroad Commission, the governing body of the oil and gas industry, favors the industry over public safety, Schmall writes. Meanwhile, the General Land Office, which uses revenue from mineral rights to fund public education, is a powerful and wealthy organization headed by George P. Bush, a grandson and nephew of two former presidents, who owns 13 million acres of land and mineral rights throughout Texas, including in Denton. (Read more)
Written by Tim Mandell Posted at 12/02/2014 02:18:00 PM