President Barack Obama and Congress are battling over the extension of a tax break. The president is in favor of Earned Income Tax Credit, which will benefit rural and small-town taxpayers more than urban tax payers, says a report from the Center for Rural Affairs.

"President Obama has said he will veto the measures unless they also permanently extend provisions for the Earned Income Tax Credit," Tim Marema reports for the Daily Yonder. "EITC was created in 1975 and lowers the federal tax burden on low-income families," Marema writes. "In the past it has been touted by both Republicans and Democrats for rewarding work, rather than providing welfare payments. The program was expanded in the administrations of both George Bush (1990) and Bill Clinton (1993)." 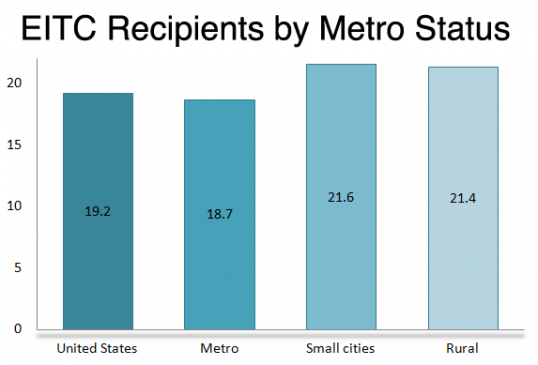 "In 2013, working families that have children and annual incomes below $37,870 to $51,567 (depending on the number of children in the household) qualify for the credit," Marema writes. "Taxpayers without children must earn less than $14,340 ($19,680 for married couples) to qualify, according to the Center for Rural Affairs study."

In rural areas, Mississippi has the highest rates of federal tax returns claiming EITC, at 37.5 percent, followed by Georgia, 32.7 percent; Florida, 29.3 percent; and South Carolina and Louisiana, 28.8 percent, Marema writes. Among filers in micropolitan areas, Mississippi also had the highest rate at 34 percent. That was followed by Arizona, 32.2 percent; Georgia, 32.1 percent; Louisiana, 31 percent; and Alabama, 29.2 percent.

The report said: “This daily life of rural economic conditions results in a large number of working, low-income households—most with children—that rely on an array of income-support programs like the EITC to bolster their well-being. Because of these conditions the EITC has become a ‘rural program,’ or a least a nonurban program. The stereotype of the EITC as an urban, minority program is contrary to recent data. Because of the number of rural workers qualifying for and claiming the EITC, any changes (in the program) are likely to disproportionately affect rural families and rural communities, both positively and negatively.” (Read more)
Written by Tim Mandell Posted at 12/03/2014 03:57:00 PM