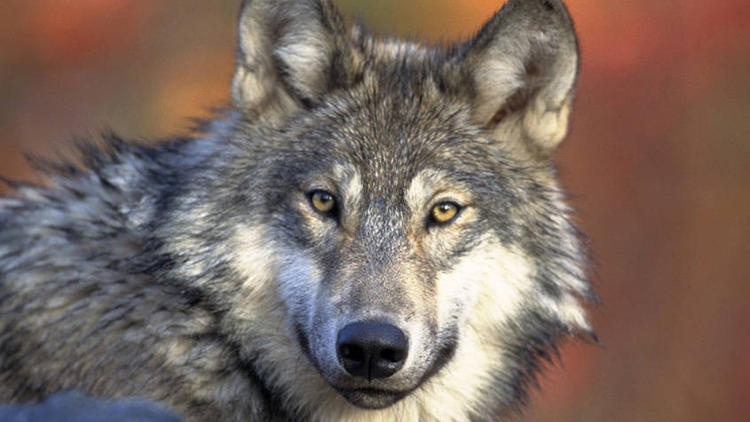 The U.S. Fish and Wildlife Service announced on Friday that gray wolves in Michigan and Wisconsin have been granted "endangered" status and wolves in Minnesota have been listed as "threatened," reports The Associated Press. "The rule complies with a federal judge's order in December that overruled the agency's earlier decision to revoke wolves' protected status and hand management authority to the states. It means sport hunting and trapping of Great Lakes wolves is no longer permissible." (AP photo by Gary Kramer)

In September a judge ordered federal protection for gray wolves in Wyoming, Kevin Murphy reports for Reuters. The Humane Society of the United States had argued in a federal lawsuit that Fish and Wildlife's 2012 decision "to allow states to regulate gray wolves could lead to excessive hunting and trapping and put their populations at risk." Fish and Wildlife spokesman Gavin Shire said on Friday that the agency is still deciding whether or not to appeal the decision.
Written by Tim Mandell Posted at 2/23/2015 01:48:00 PM