Women between the ages of 25 and 54 living in Appalachia, Northern Michigan, the Deep South and the interior Southwest are less likely to have jobs than those living in other parts of the U.S., Gregor Aisch, Josh Katz and David Leonhardt report for The New York Times. (NYT map: Only 48 percent of women ages 25 to 54 in Jackson County, Kentucky, work—compared to the national average of 70 percent. To view an interactive version, click here) 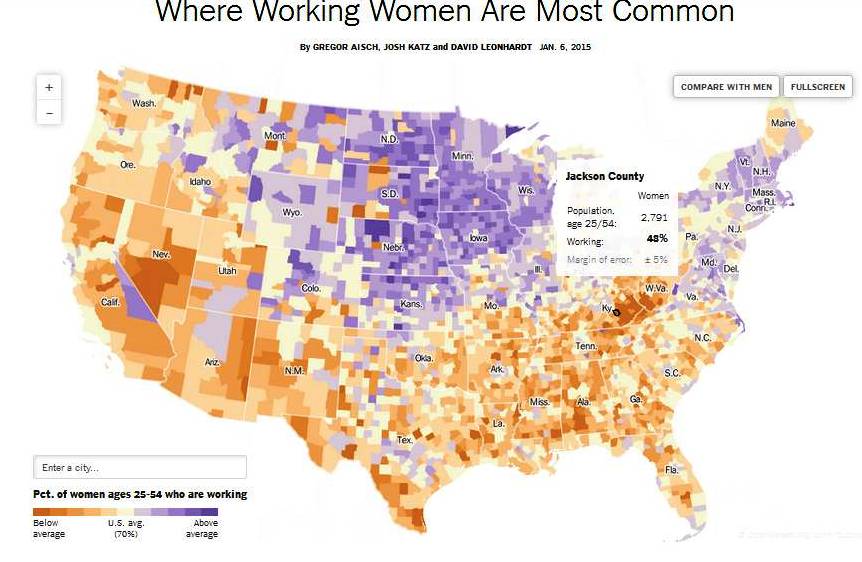 Overall, 70 percent of women ages 25 to 54 work, compared to 74 percent in 1999, reports the Times. But in some rural areas those numbers drop considerably. "The places with the highest rates of non-work include parts of Arizona, New Mexico, Nevada, Kentucky, West Virginia, Arkansas and Michigan. These same areas have also had a sharp increase in health coverage in the last year, in part because more people without jobs can now obtain health insurance." (Read more)
Written by Tim Mandell Posted at 2/23/2015 01:48:00 PM