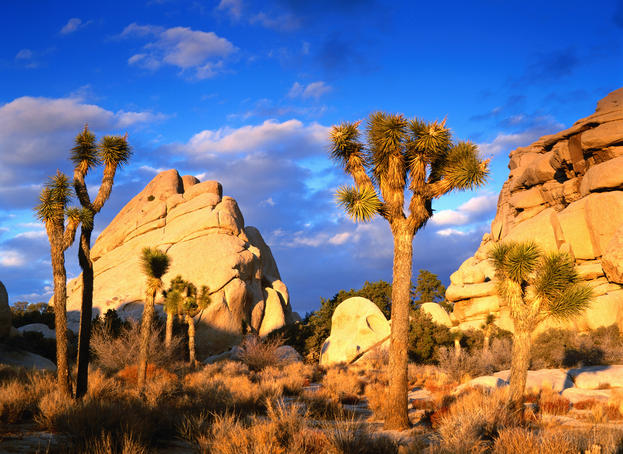 U.S. national parks had a record number of visitors in 2014, largely due to lower gas prices, an improving economy, warmer weather and an increase in foreign visitors whose numbers had dropped since the 2001 terrorist attacks, Corbin Hiar reports for Environment and Energy Publishing. Overall, national parks had 292,800,082 visitors last year, 5.6 million more than the previous record in 1987 and 19 million more than in 2013. (Great Outdoors San Diego photo: Joshua Tree National Park)

Joshua Tree, Rocky Mountain, Grand Teton and Glacier national parks all had a record number of visitors, Hiar writes. NPS Director Jonathan Jarvis said in a statement: "We should see something on the order of $15 billion in visitor spending, 250,000 or more jobs and a $28 billion effect on the U.S. economy when our annual economics of national parks report comes out in April." (Read more)
Written by Tim Mandell Posted at 2/24/2015 01:27:00 PM