Neurotoxin that grows everywhere in the U.S. is threatening bald eagles, other waterfowl

Bald eagles, which were taken off the endangered species list seven years ago, are being threatened by a deadly bacterium—Aetokthonos hydrillicola, Greek for “eagle killer"—that hides on the underside of an aquatic leaf and grows nearly everywhere in the U.S., Darryl Fears reports for The Washington Post. (Post graphic) 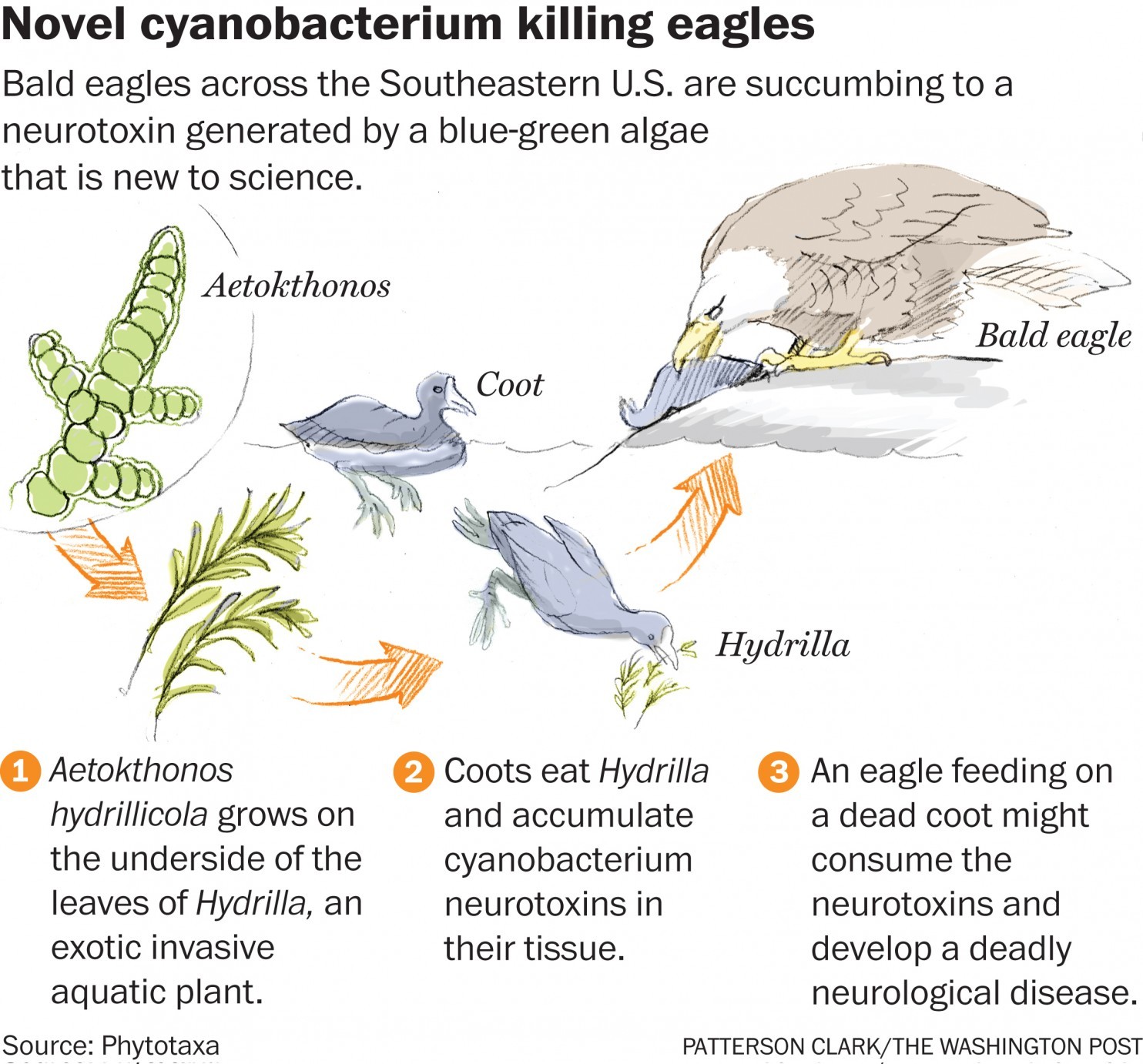 "Across the South, near reservoirs full of invasive plants from Asia called hydrilla, eagles have been stricken by this bacterium, which goes straight to their brains," Fears writes. "Eagles prey on American coots, which dine almost exclusively on the plant and are being hit even harder. In Arkansas, Georgia, Florida, South Carolina and North Carolina, coots, shorebirds, ducks and eagles are dying by the dozens from the incurable lesions."

Saving the animals means spending millions "to eradicate a plant that was introduced to the United States in Florida about 60 years ago," Fears writes. "It now grows in virtually every body of fresh water from the southeast to California and Washington. It grows prolifically in the the Chesapeake Bay region, which is also full of bald eagles and visiting coots, a dark, plump, duck-like bird with a bright orange dot for an eye." (Read more)
Written by Tim Mandell Posted at 2/23/2015 01:48:00 PM