During a post-recession population slowdown, the African American population continued to grow, including in many rural areas, says a report by the Economic Research Service of the U.S. Department of Agriculture, Tim Marema reports for the Daily Yonder. Researchers say this is the the result of African Americans having higher fertility rates and a younger average population. 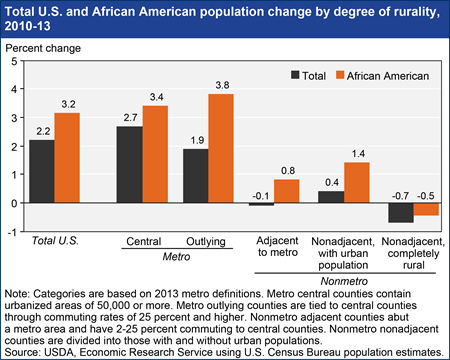