States with large rural populations—mostly in the South—are the worst places to pursue a career as a nurse, says a study by WalletHub. Louisiana was ranked last overall, while the top spot went to Washington. 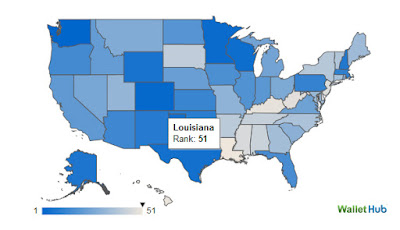