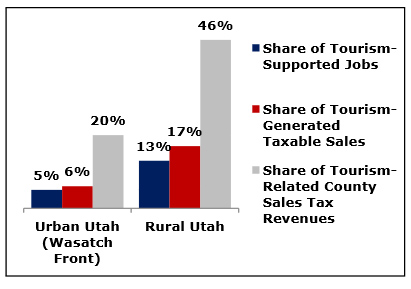 "The top 10 counties impacted by tourism-related sales tax revenues were all rural counties," reports the University of Utah. Overall, one in 10 jobs in the state is in tourism. In rural areas, "an estimated 13 percent of private jobs are directly tourism-supported, compared to just 5 percent in the more urban parts of the state." (University of Utah graphic)