Crews break ground on first of many planned natural gas plants in Ohio, W.Va. and Pa. 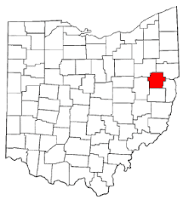 The project "would have been impossible without the development of the Utica Shale in eastern Ohio that is yielding large volumes of low-cost natural gas, said Thomas Spang, chief executive officer of Advanced Power AG, the Swiss-based company behind the project," Downing writes. "An estimated 700 construction jobs and 21 permanent jobs will be created, the company said. The plant will produce 50 percent of the carbon dioxide and less than 10 percent of the sulfur dioxide and nitrogen oxide that would have been produced by a similar coal-fired plant, the company said. It will also capture waste heat to generate additional electricity."

The plant is one of six planned in the region that "will result in expenditures of $3.8 billion and will produce 4,238 megawatts of electricity, said Jackie Stewart of Energy in Depth-Ohio, a pro-drilling trade group," Downing writes. "That is enough electricity to power 3.5 million homes, she said. (One megawatt can power between 600 and 1,000 homes.) There are also plans for eight natural gas-fired plants in Pennsylvania and three in West Virginia." (Read more)
Written by Tim Mandell Posted at 7/27/2015 04:52:00 PM