While much of California has dealt with brutal conditions from the drought, some poor rural areas are faced with even more dire circumstances—high levels of arsenic in the water and a lack of running water, Darryl Fears reports for The Washington Post. 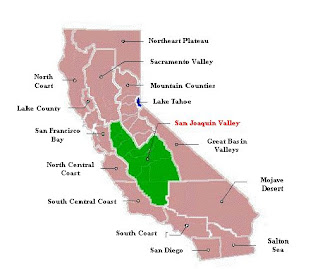 "Tulare County, in southern San Joaquin Valley (Valley CAN map) is a land without water, a real-life example of a future many Californians fear as scientists warn of a possible decades-long megadrought," Fears writes. "State politicians, county officials and community activists have scrambled to place water tanks at about 1,200 homes, but that is only slightly more than half of the households that do not have water. Every day, the county puts 3,000 gallons of non-potable water in two tanks at different locations in Porterville so some of those residents can fill drums and buckets for basic uses such as flushing toilets."

In an area where temperatures can climb above 100 degrees, "trailers with 16 portable showers operate from 5 a.m. to 9 p.m., seven days a week, costing the county about $30,000 per month," said local pastor Roman Hernandez. He told Fears, "We get people here all day long."

At St. Anthony Trailer Park, 40 miles south of Palm Springs, arsenic in the well water is twice the concentration considered safe, Fears writes. That has left a constant foul smell in the air and has caused skin damage, such as bumps on the head that formed on one resident who used the water to bathe.

"Arsenic, natural or not, can be frightening. It has been linked to various cancers of the bladder, lungs and skin when consumed in high doses," Fears writes. "It is also known to cause birth defects and attack the nervous system. Near agricultural fields, its levels can be increased by fertilizers and animal waste that run off farms. Mineral mining operations in the area contribute to the problem."

"Three years ago, officials in Riverside County helped a community nonprofit group, Pueblo Unido, take ownership of St. Anthony Trailer Park and its toxic well after a business that owned it went bankrupt," Fears writes. "The county also provided funds for Pueblo Unido to build a ­reverse-osmosis water-treatment facility that filters water through a membrane to remove arsenic for the park’s 850 residents. Pueblo Unido took the additional step of providing filters that remove arsenic from water directly at the faucets of some trailers." (Read more)
Written by Tim Mandell Posted at 7/06/2015 03:54:00 PM