Liberals and conservatives don't agree on much. In addition to politics, the two groups also disagree in many other areas, such as rural vs. urban, diversity, religion, family, education, recreation, arts and culture, guns and cable news, reports the Pew Research Center, with a nod to Bill Bishop of the Daily Yonder, who tipped us off to this report. 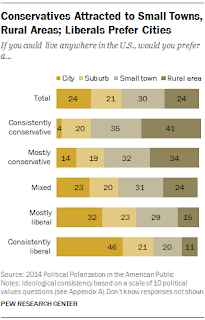 "Despite their differing community preferences, liberals and conservatives generally share a desire to be close to family, good schools and the outdoors," reports Pew. "However, when it comes to the ethnic, religious or political makeup of a community, there are clear ideological divides." 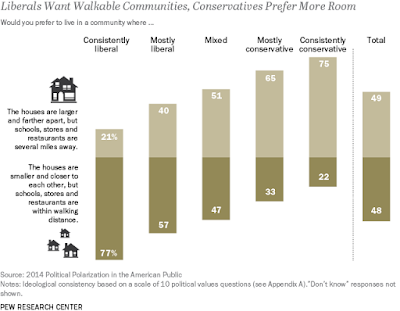