The Hechinger Report has put together a map of the 2013 high school graduation rates in nearly every school district in the U.S. State rates range from 69 percent in Oregon to nearly 90 percent in Iowa, reports Sarah Butrymowicz for Hechinger. The national average in 2013 was 81 percent, up from 79 percent in 2011. However, the map shows more complete data for states, highlighting areas with high graduation rates and ones with lower graduation rates. (Hechinger map: For a larger version, click here) 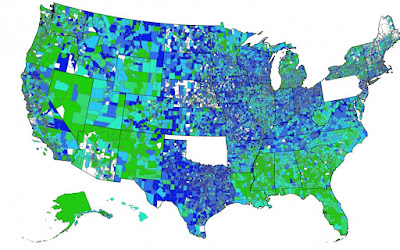