The California drought has hit record levels, with 58 percent of the state experiencing "exceptional" drought, according to the U.S. Drought Monitor. It marks the first time that more than half the state has been under the warning since the federal government began issuing drought warnings in the 1990s, Joseph Serna reports for the Los Angeles Times. About 22 percent of the state was added to "exceptional" during the past week.

"This is the first year that any part of California has seen that level of drought, let alone more than half of it, said Mark Svoboda, a climatologist with the National Drought Mitigation Center, which issued the report," Serna wrires. Svoboda told him, “You keep beating the record, which are still all from this year."

The report also found that the state is "more than a year’s worth of water short in its reservoirs and moisture in the state's topsoil and subsoil has nearly been depleted," Serna writes. The drought has gotten so bad that residents have been encouraged to tattle on neighbors that overuse water. (U.S. Drought Monitor graphic; click on image for larger version) 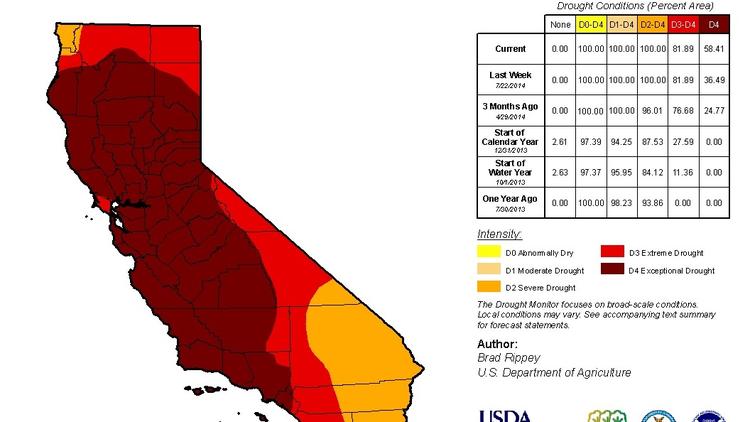