Earlier this month The Road Information Program, funded by lobbies interested in highways and their safety, released a report that said one-third of rural roads in some states are in poor condition. Colorado lobbyists have conducted their own survey on how residents think the state should spend money, and they say the results show "Rural residents would support a tax increase to fund road maintenance and safety measures in rural Colorado," Sara Waite reports for the Sterling Journal-Advocate in Logan County. 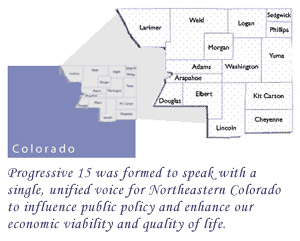 "In total, nearly 64 percent of survey respondents said they were willing to pay more money for transportation to improve the state system; in the Progressive 15 territory, about 58 percent said yes," Waite writes. "An increase to the gas tax was the most popular mechanism for raising transportation funds, with almost 61 percent from Progressive 15 survey responses willing to consider such an increase." (Read more)
Written by Tim Mandell Posted at 8/01/2014 10:59:00 AM