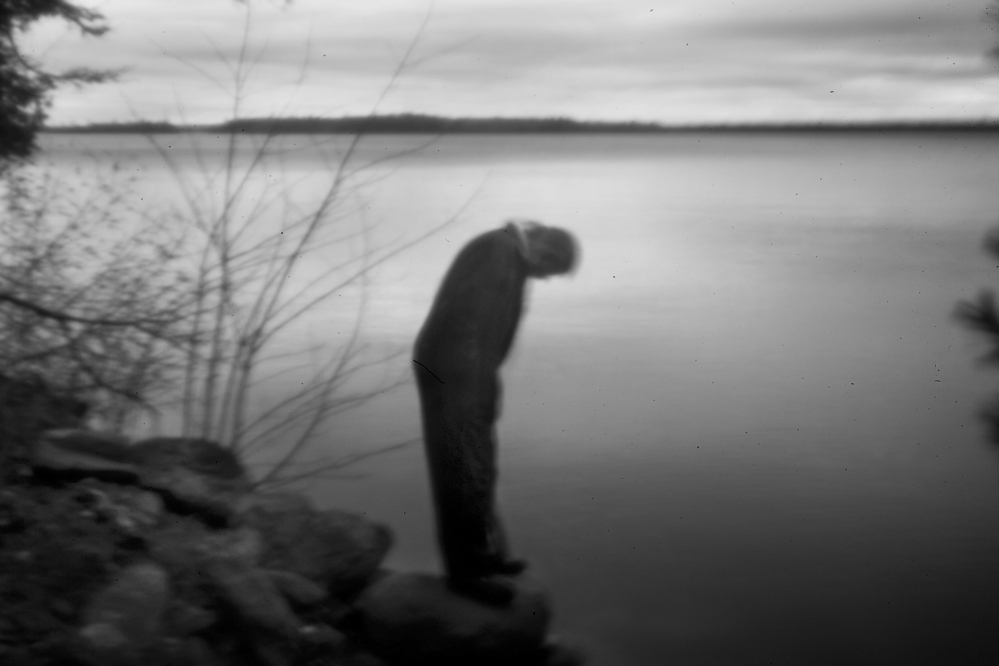 At a time when some fear newspapers prefer quick-hit stories to drive Internet traffic, the Portland Press Herald took on an amazing project that turned into a 29-story report. Colin Woodard, a state and national affairs reporter with the Maine paper, wrote the series about rule of law problems on the Passamaquoddy Indian reservation, discovering that there was no constitution and no way to hold elected officials accountable, which led to rampant corruption, Kristen Hare reports for the Poynter Institute. (Press Herald photo by Gabe Souza: A Passamaquoddy Indian pauses in contemplation at the edge of Long Lake in Indian Township)

Woodard told Hare, "I eventually found myself in the early 1960s in a Maine that I did not recognize and one that was shocking and frankly horrifying.” Hare writes that Woodard "discovered the brutal murder of an Indian man; a young, progressive attorney from out of town; a tribal chief who wanted justice. The dominos started falling. They led back to the present. The story was an amazing one, Woodard said, 'and one that said so much about how we are.'"

To help capture the essence of time, photographer Gabe Souza told Hare he "created a pinhole camera, the original form of camera obscura, using a drilled hole in a lens cap, covering it with a thin piece of aluminum, and then piercing the aluminum with the tip of a pin. The result are the soft focus, long exposure images you see. In some ways, it allowed me to photograph a feeling, rather than a scene.” To see the photos and read the series, click here.
Written by Tim Mandell Posted at 7/28/2014 11:29:00 AM