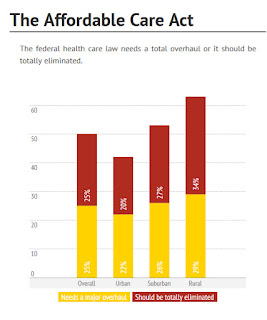 "Whoever wins the Republican nomination in 2016 is going to have to find a way to inspire the GOP's rural base while still trying to appeal to crucial, suburban swing voters," Thomas writes. "Weeks like this past one show how hard that may be." (Read more)
Written by Tim Mandell Posted at 6/29/2015 01:07:00 PM